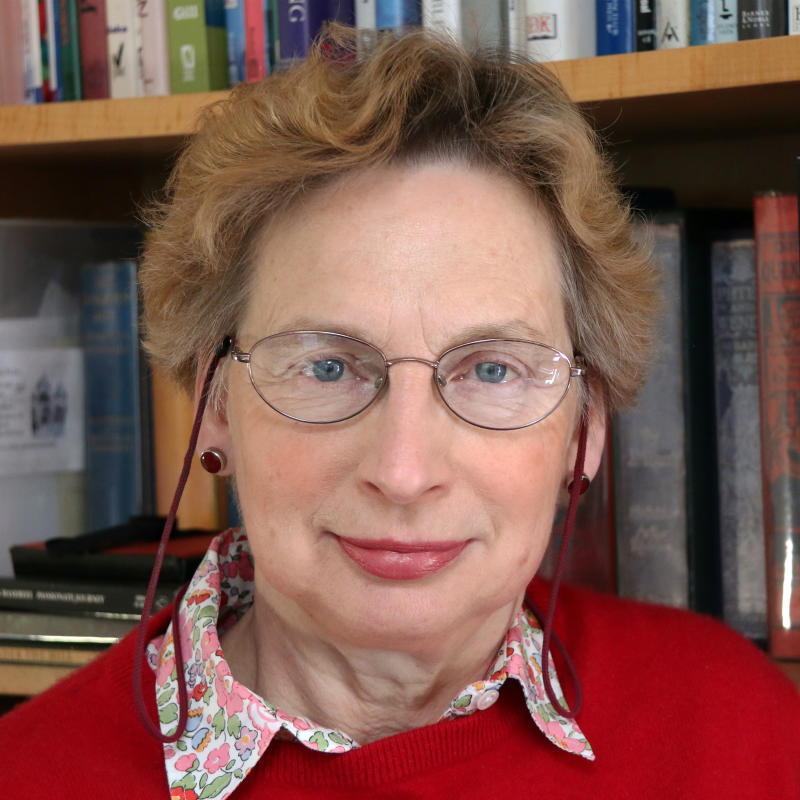 Dr Ros Ridley is a neuropsychologist by background, who is now researching the portrayal of cognitive psychology in classic children’s literature.

Dr Ros Ridley read Natural Sciences (biological) at Newnham College (1968-71) majoring in Psychology, subsequently studying for her PhD at the Institute of Psychiatry, London. In 1977 she  joined the Medical Research Council’s Scientific Staff, where she worked in the Division of Psychiatry, Clinical Research Centre, Northwick Park Hospital until 1994. She subsequently moved to the Department of Psychology, Cambridge, where she worked as Head of the MRC Comparative Cognition Research Team until her retirement in 2005.

Dr Ridley was a Fellow of Newnham College, Cambridge from 1995 – 2010 and Vice-Principal from 2000-2005. She holds the Privileges of a Fellow Emerita at Newnham College.

By coincidence, both Dr Ridley and Newnham’s Principal, Alison Rose, were both born in Coventry and attended Barr’s Hill School – though some years apart.

Dr Ros Ridley’s research has focused on developing pharmacological and tissue transplantation treatments for neurological disorders including Alzheimer’s, Parkinson’s, Huntington’s disease and stroke. She has also worked on the aetiology and pathogenesis of the transmissible spongiform encephalopathies.

Dr Ridley has a particular interest in visual perception which she explored through neurophysiological and neuropsychological research and through painting. Her current research lies in aspects of cognitive psychology to be found in late nineteenth and early twentieth century books for children, especially the works of J. M. Barrie.