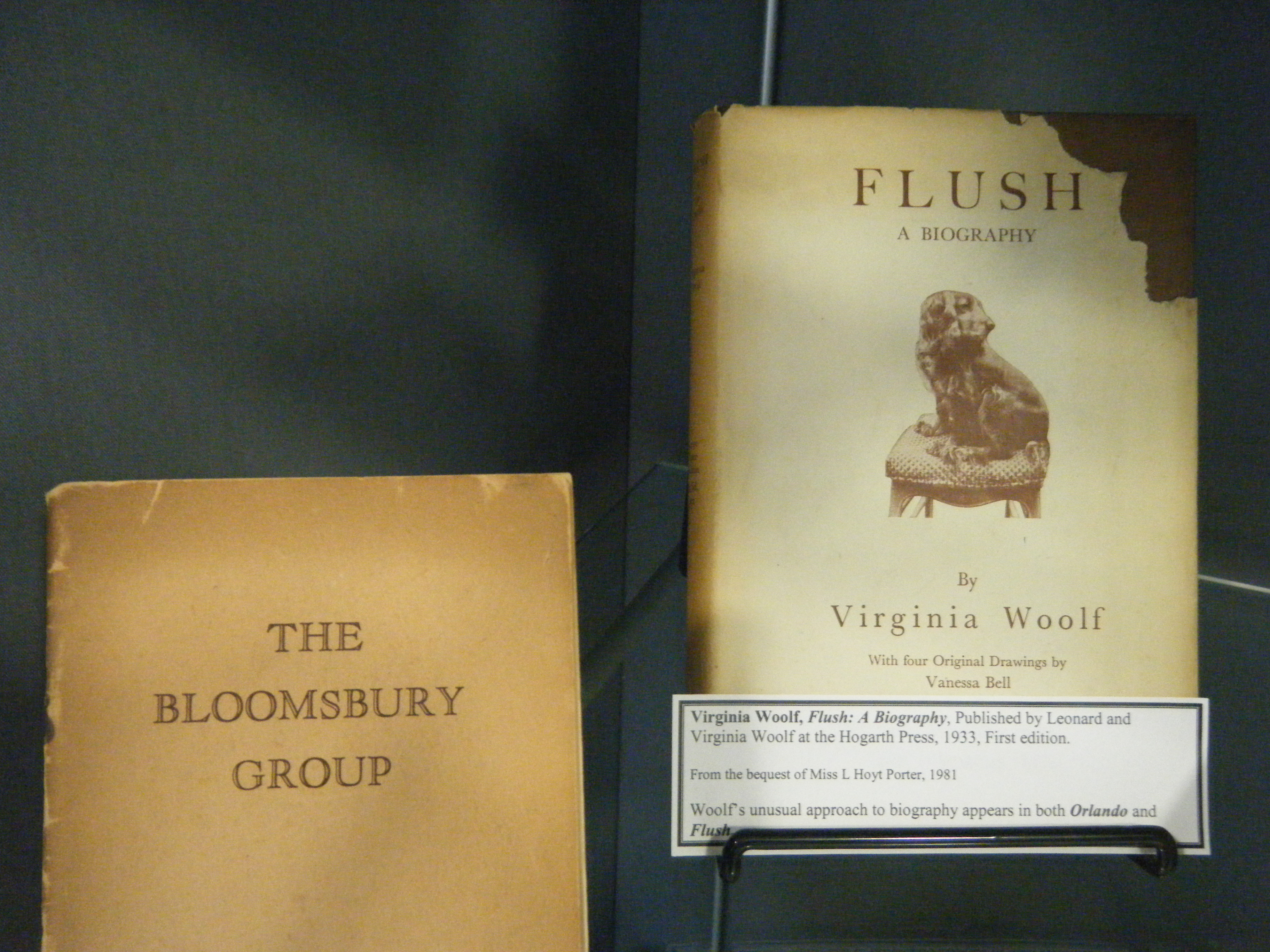 Virginia Woolf delivered a lecture at Newnham College in October 1928 on the subject of Women and Fiction. This talk, along with another lecture to Girton students, would form the basis of A Room of One’s Own. Virginia Woolf’s cousin, Katharine Stephen, was the first librarian, and later Principal, of Newnham College. Our Rare Books room is named in her honour.

Newnham College Library holds an impressive collection of first edition works and related items by Woolf. This collection was given to the College in 1981 at the bequest of Louise Hoyt Porter. Described as an ‘ardent admirer of VW’s books’, Miss Porter wanted her treasured collection to be housed in an English women’s college.

The collection includes publications that illuminate the wider context of the Bloomsbury Group and importance of the Hogarth Press, founded by Woolf and her husband Leonard in 1917. There are early examples of Hogarth Press printing such as Kew Gardens, one of 150 copies printed in 1919. It has hand colour-washed wallpaper wrappers from Roger Fry’s Omega workshops and a closer look reveals that the initials ‘L’ and ‘V’ have been clearly pasted over the original ‘Leonard’ and ‘Virginia’ of the colophon.

Particularly beautiful are the dust jackets of many of the works, including those for Granite and Rainbow (Hogarth Press, 1958) Between the Acts (Hogarth Press, 1941) and A Writer’s Diary (Hogarth Press, 1953), all designed by Virginia’s sister, Vanessa Bell. Further items of interest include a pamphlet produced in 1928 to promote the Bloomsbury Group to the American market. 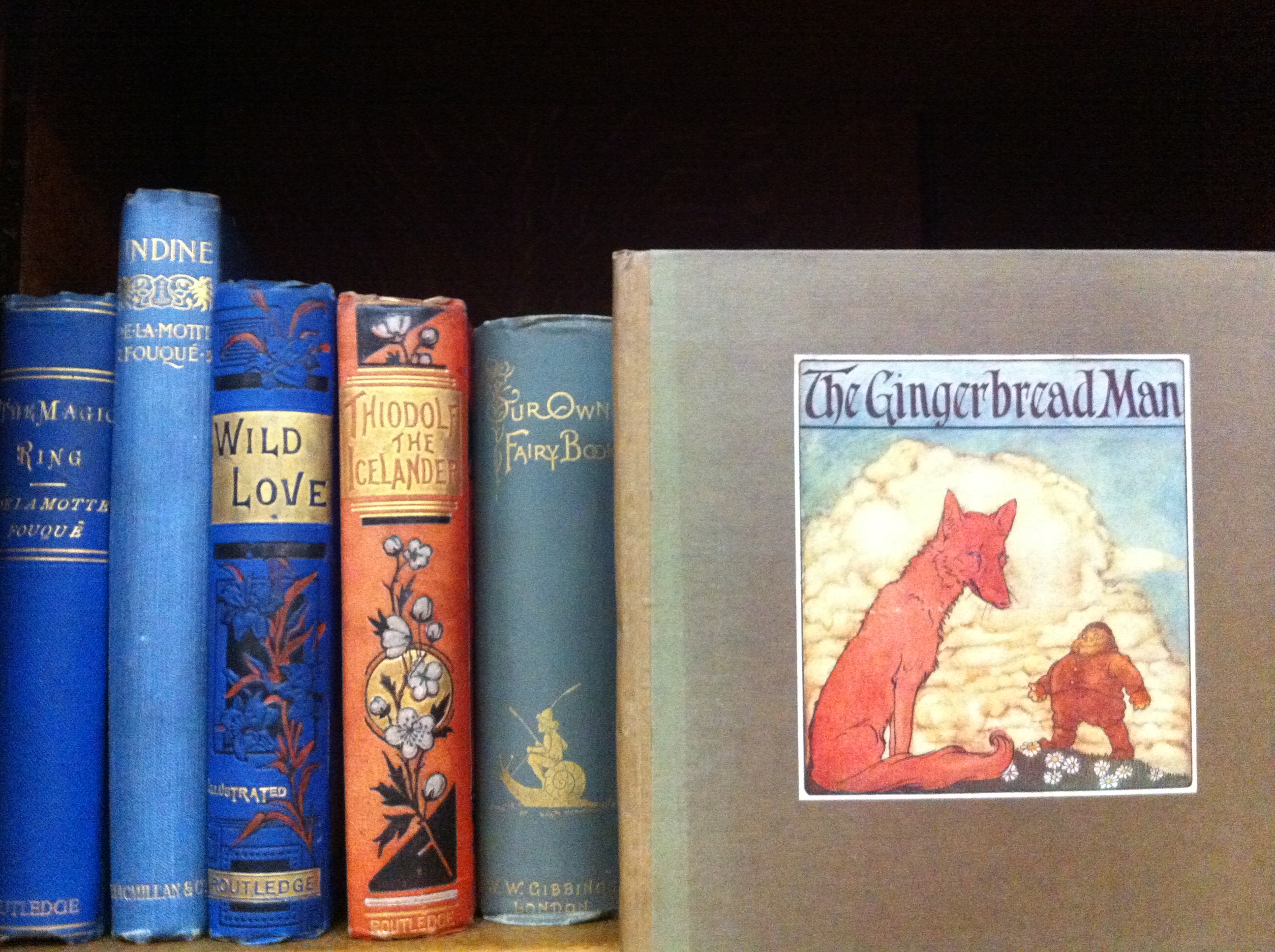 In 1934, Newnham College was given 358 volumes by Dr G. F. Rogers, a Cambridge medic who studied at Caius in the 1880s. His donation of late 19th century children’s books, folklore and fairy tales forms the core of the Library’s ‘Rogers Collection’.

The collection he gave to Newnham is diverse and also includes books on animal magnetism and mesmerism, a rare pamphlet by the suffragist Cicely Hamilton and a collection of stories by spirit medium Madam Blavatsky, co-founder of the Theosophical Society.

Many examples of the latter, by authors such as Mrs Trimmer, Hannah More, Mrs Sherwood and Mrs Marcet were not a significant part of Rogers’ core donation, but are held as ‘Rogers Additions’. Besides the books given to the College by Rogers himself, the Collection also contains an additional 325 volumes of ‘Rogers’ Additions’: books either already held in the Library when the gift arrived or similar in content and added subsequently.

Newnham’s Rogers Collection is included in the Cambridge Libguide for Children’s Literature. 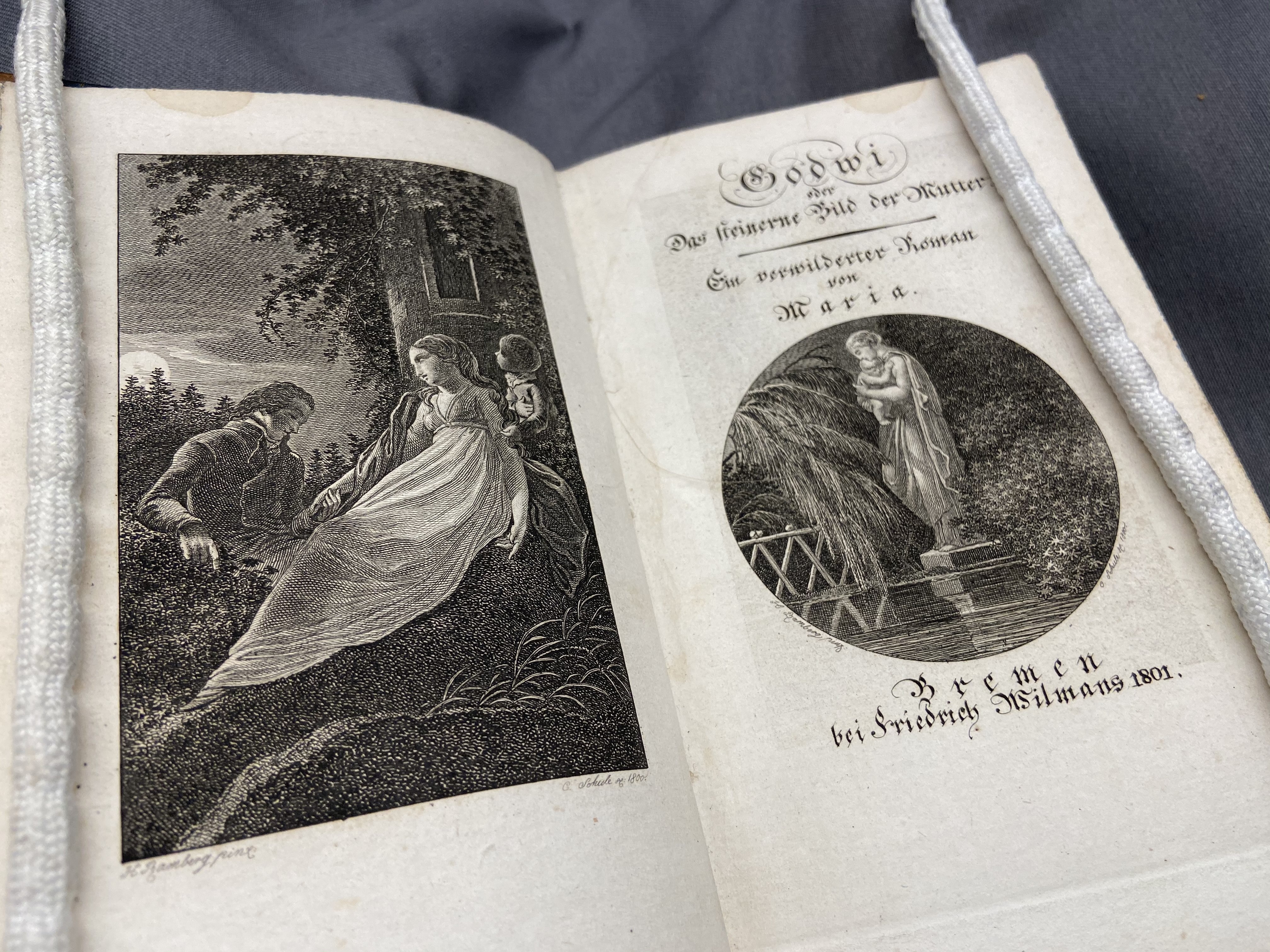 Newnham College Library has significant holdings in the field of German Romanticism, thanks to a collection of material relating to the German Romantic writer, Clemens Brentano (1778-1842). The collection was donated to the College by Miss Edith Renouf (NC 1881). Miss Renouf’s grandfather, on her mother’s side, was Christian Brentano, Clemens’ brother.

The collection contains a number of early editions of the works of Brentano and his circle, including works by Achim von Arnim, Bettina von Arnim (née Brentano), Joseph von Görres and Ludwig Tieck, as well as several  books by the eighteenth-century writer Sophie von La Roche (1730-1807), the grandmother of Clemens, Christian, and Bettina Brentano.

Perhaps most notable in the Renouf collection are two important manuscripts. The first was written around 1817 in the hands of Clemens Brentano and Luise Hensel (1798-1876) and is a collection of poems by Luise Hensel. Dr Mathelinda Nabugodi introduced this manuscript, and explained some of the history surrounding the work, for Newnham’s 150th Anniversary in 2021. The second is a manuscript of Clemens Brentano’s poetic work Romanzen von Rosenkranz, one of a number of copies of the manuscript now known to be in existence. Brentano worked on the Romanzen between 1804-12. It remained an unfinished, abandoned work, (the manuscript is not in Brentano’s hand, but was made by a friend, J.F. Böhmer), and was published posthumously in 1852.

Search for books and e-resources across the university