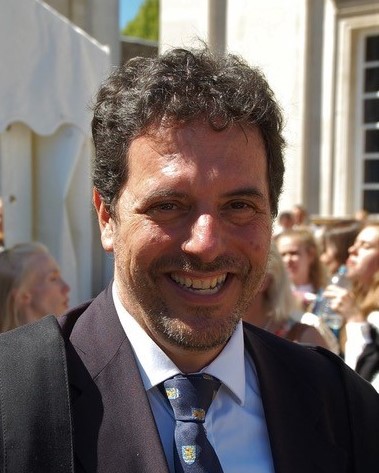 I received my engineering diploma (Dipl. El. Ing. ETH) in 1991 and doctorate (Dr. Sc. Techn.) in 1999, both from the Swiss Federal Institute of Technology in Zurich, Switzerland (ETHZ). From 1991 until 1993, I worked as a development engineer for Motorola Communications in Tel Aviv, Israel, on the design and quality assurance of a digital mobile radio system. From 1993 until 1999, I worked as a research and teaching assistant under the supervision of Prof. James L. Massey while writing my dissertation “On Coding by Probability Transformation”. From 2000 until 2009, I was a senior researcher at the Telecommunications Research Center in Vienna, Austria (ftw.) and managed part of the centre’s strategic research activities from 2002 until 2008. Since June 2009, I have been with the Department of Engineering at the University of Cambridge on an Intra-European Marie Curie Fellowship that lasted until November 2011. In September 2011, I was appointed as a fixed-term lecturer in Communications and am now an affiliated lecturer at the department, a Fellow of Robinson College and a Senior Member and Director Studies at Newnham College. From 2015 to 2018, I worked partially at the European Bioinformatics Institute in a project aiming to store data on DNA. I have served on the organisation and technical committees of several international conferences and workshop, notably as Technical Program co-Chair of the 2013 IEEE Symposium on Information Theory, and General co-Chair of the 2016 IEEE Information Theory Workshop in Cambridge.