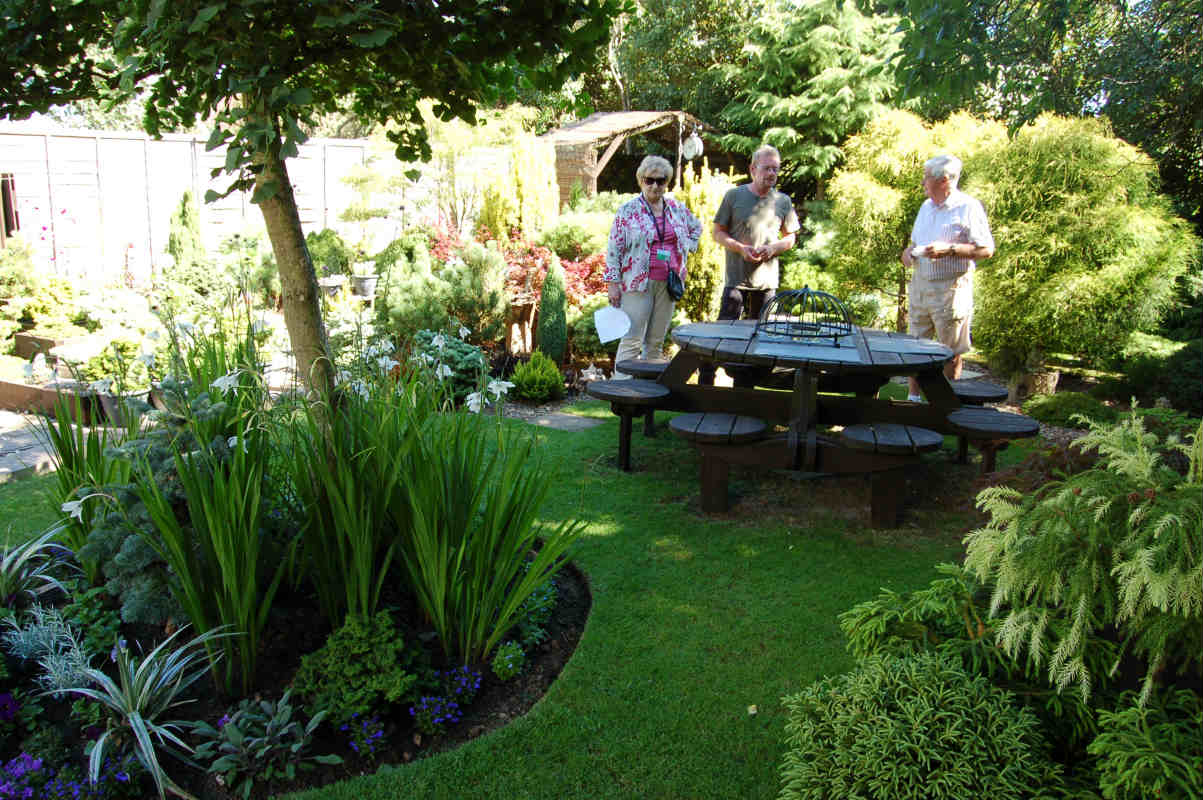 A Newnham gardener has won a top award for creating the best ‘environmentally friendly’ garden in a hotly contested competition.

Chris Thurgood joined the gardens team at Newnham in 2015 and has started his machinery and professional training.

He spent most of his working life in stock control and logistics and he is a keen gardener with many year’s experience.

Chris specialises in conifers. He also has a keen in interest lepidoptera (which means “scaly winged” aka…moth watching) and he operates a moth trap.

He previously won the ‘Best in Show’ prize in Cambridge City Council’s Tenant and Leasehold Garden competition. And this year he scooped the ‘Best Environmentally Friendly Garden 2016’ award from the city council in the same competition. The competition has cash prizes for winners and it is run every year.