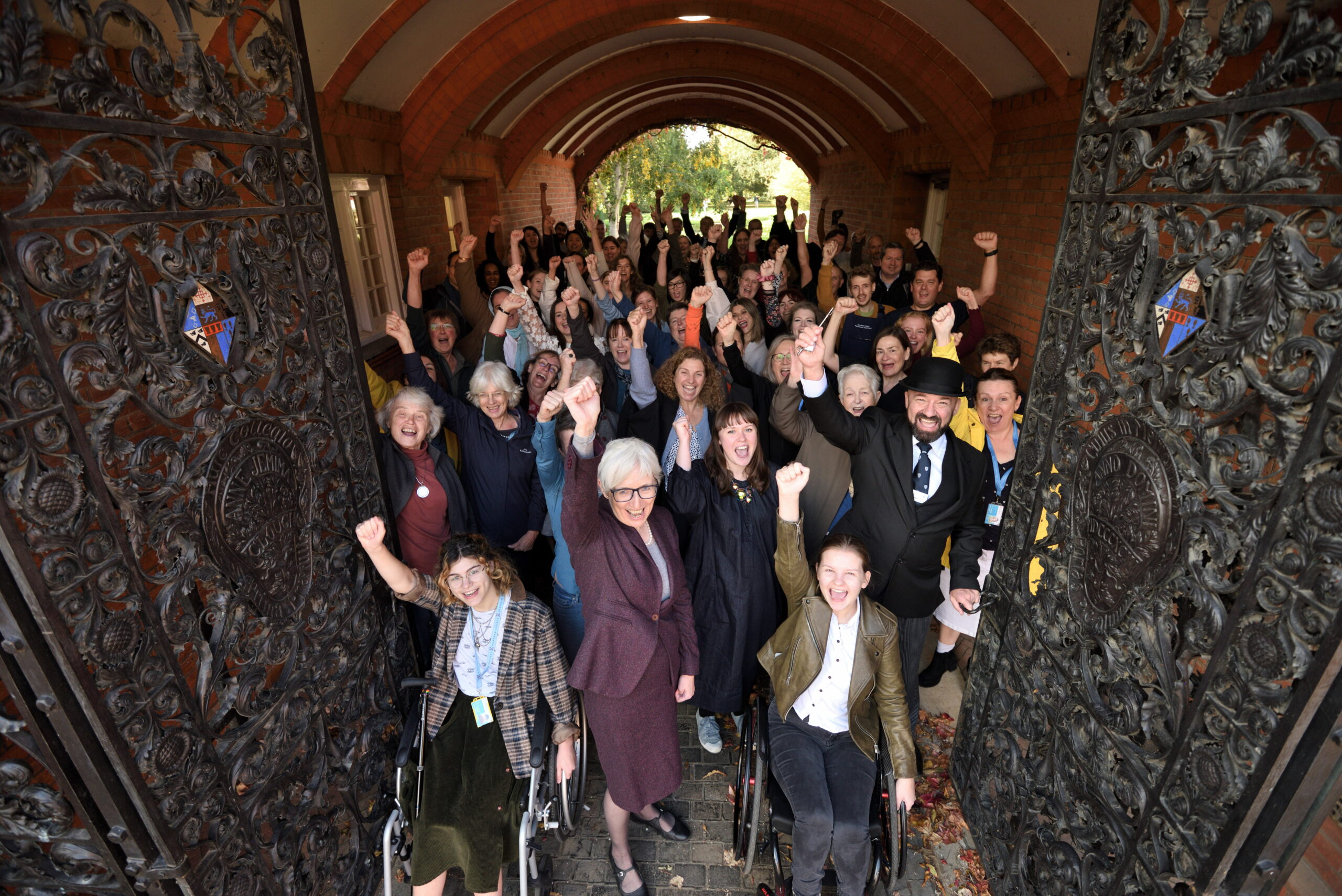 Wednesday 20th October marked the 100th anniversary of the University’s 1921 vote on whether women should be awarded full membership of the University, or only the ‘titles of degrees’. The vote went against Newnham and Girton, and the day ended in a destructive demonstration by male undergraduates outside the gates of Newnham, known as the ‘storming of the gates’.

Fast forward 100 years and to honour the occasion, in our 150th Anniversary year, many members of College including students, senior members, staff and alumnae gathered together as a community in celebration of how far we’ve come since then.

As our Newnham Associates beautifully articulated;

100 years of defying the odds,

and a lifetime of dancing in the corridors.

If you want to find out more, please see our previous news story: ‘The Storming of the Gates’ – marking the 1921 vote on women’s membership of Cambridge University – Newnham College