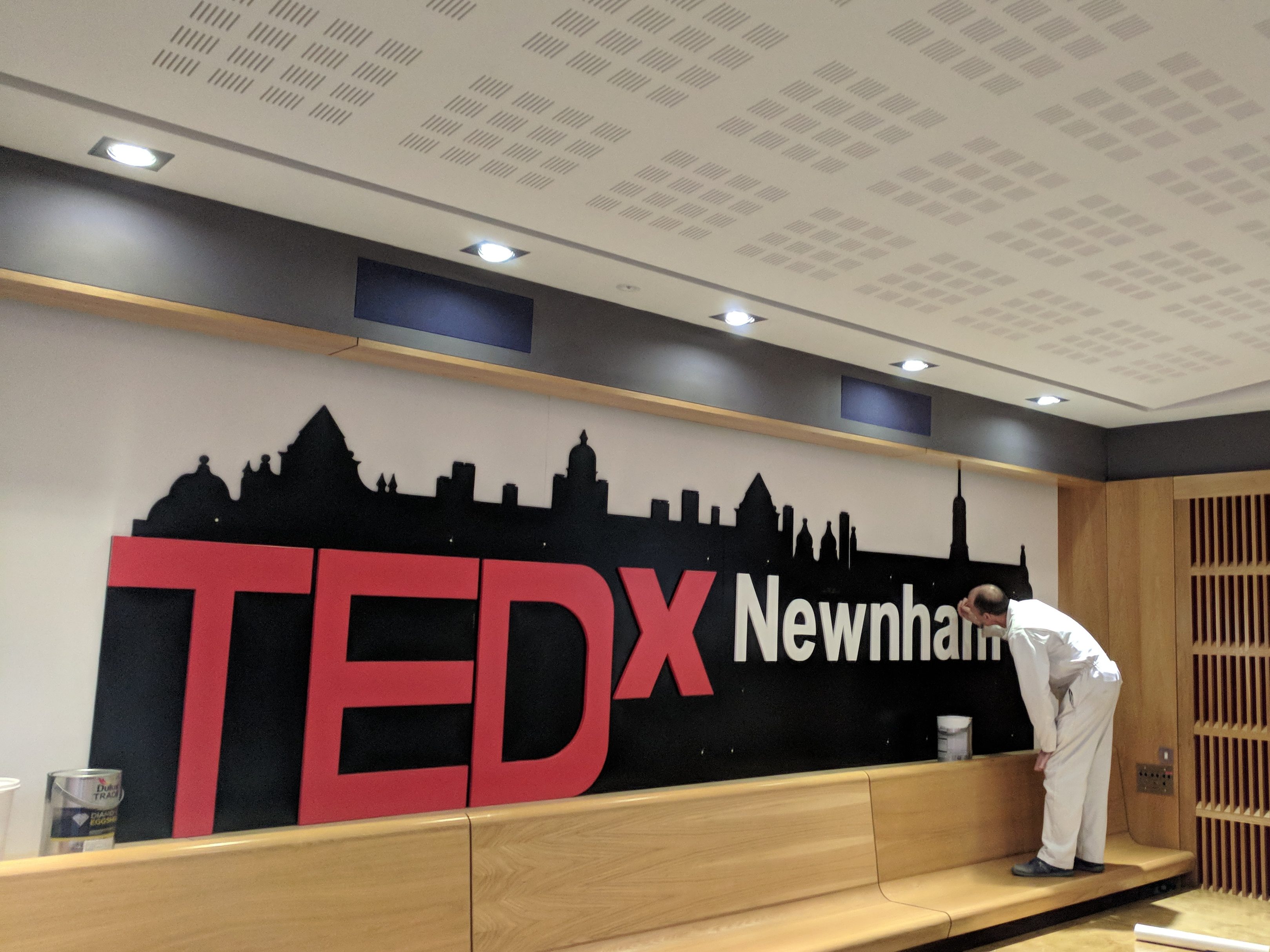 TEDxNewnham itself really began the day before, when the set went up. The TEDxNewnham sign was created by College carpenter Karl, and he and his colleagues carefully fitted it and touched up the paintwork (even repainting one of the walls to make sure everything was perfect!). 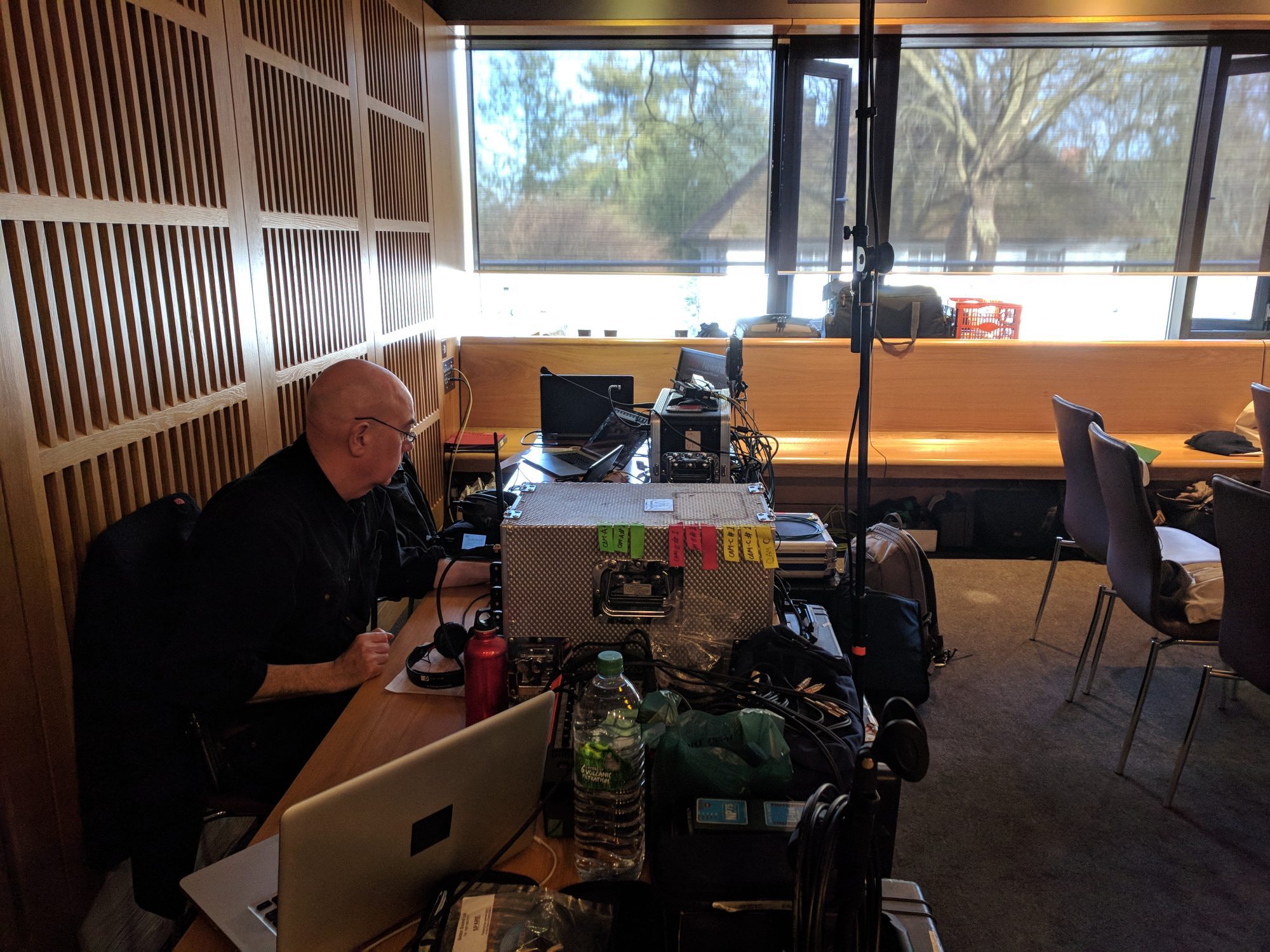 The film crew arrived later in the afternoon, ready to get set up in the Lucia Windsor Room. They worked incredibly hard: they didn’t leave until midnight, and were back in first thing in the morning to get started. 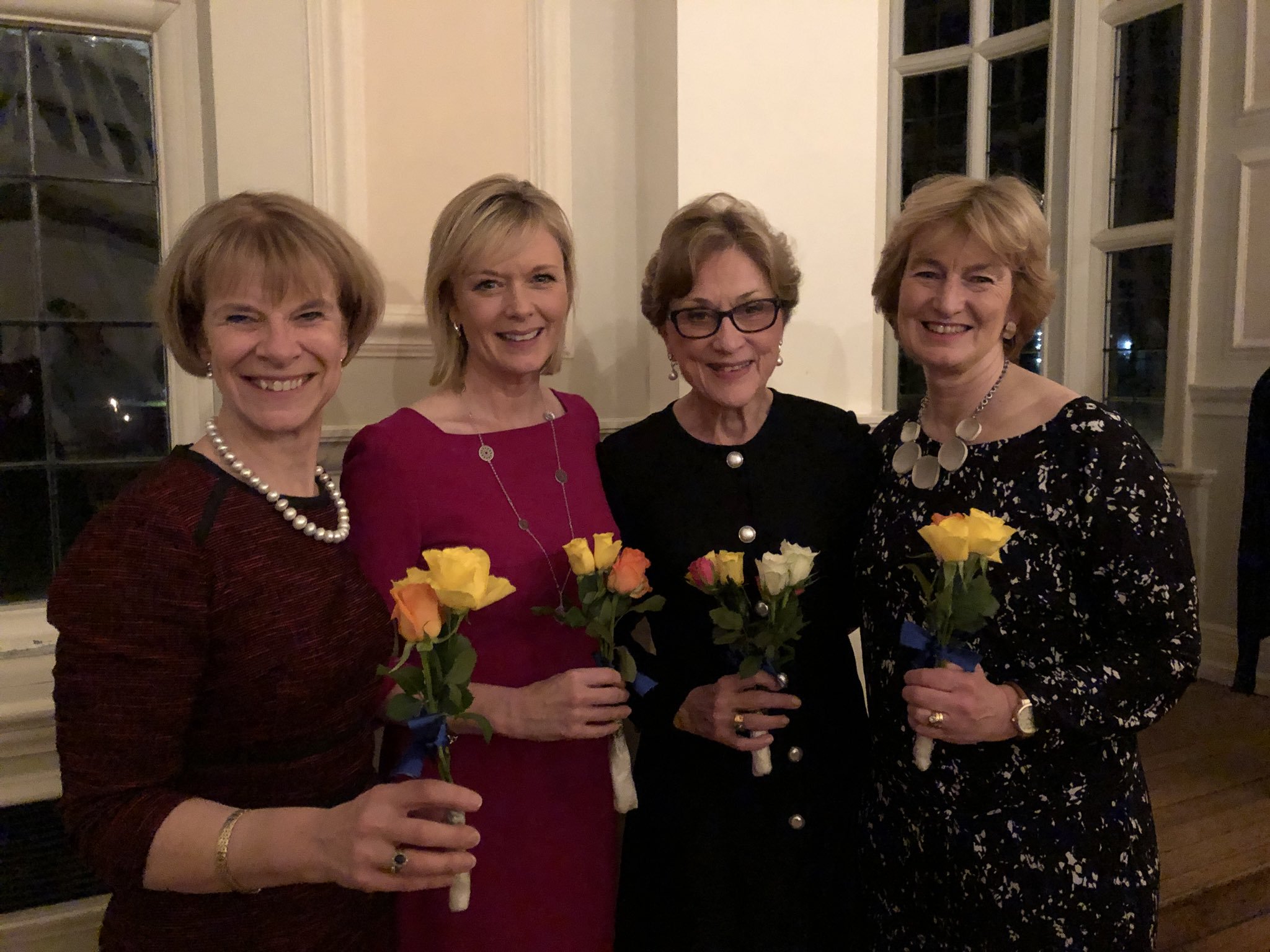 The TEDxNewnham working group (chaired by Pam Alexander (NC 1972) OBE) and the speakers arrived in time for Friday night dinner in College Hall. Everyone had mostly met at the rehearsal day in January, and dinner was an ideal opportunity to catch up and relax, banishing any ‘night before nerves’. At the end of dinner, Dame Carol presented all the speakers and organisers with beautiful posies of roses, to mark the special occasion and to celebrate this unique coming together of the Newnham community. 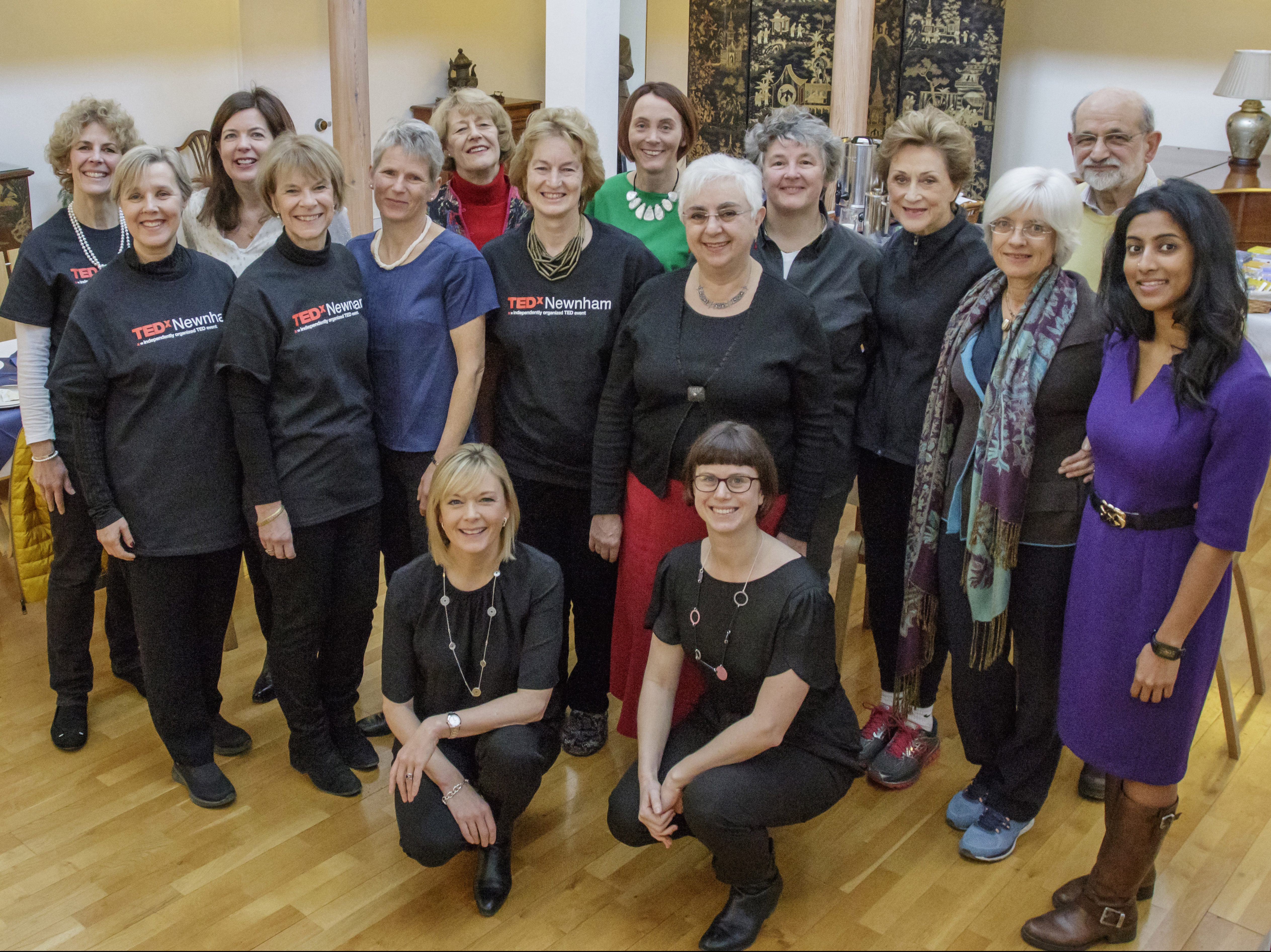 TEDxNewnham itself began early, with breakfast for the speakers and the working group very kindly provided by Dame Carol in the Principal’s Lodge. 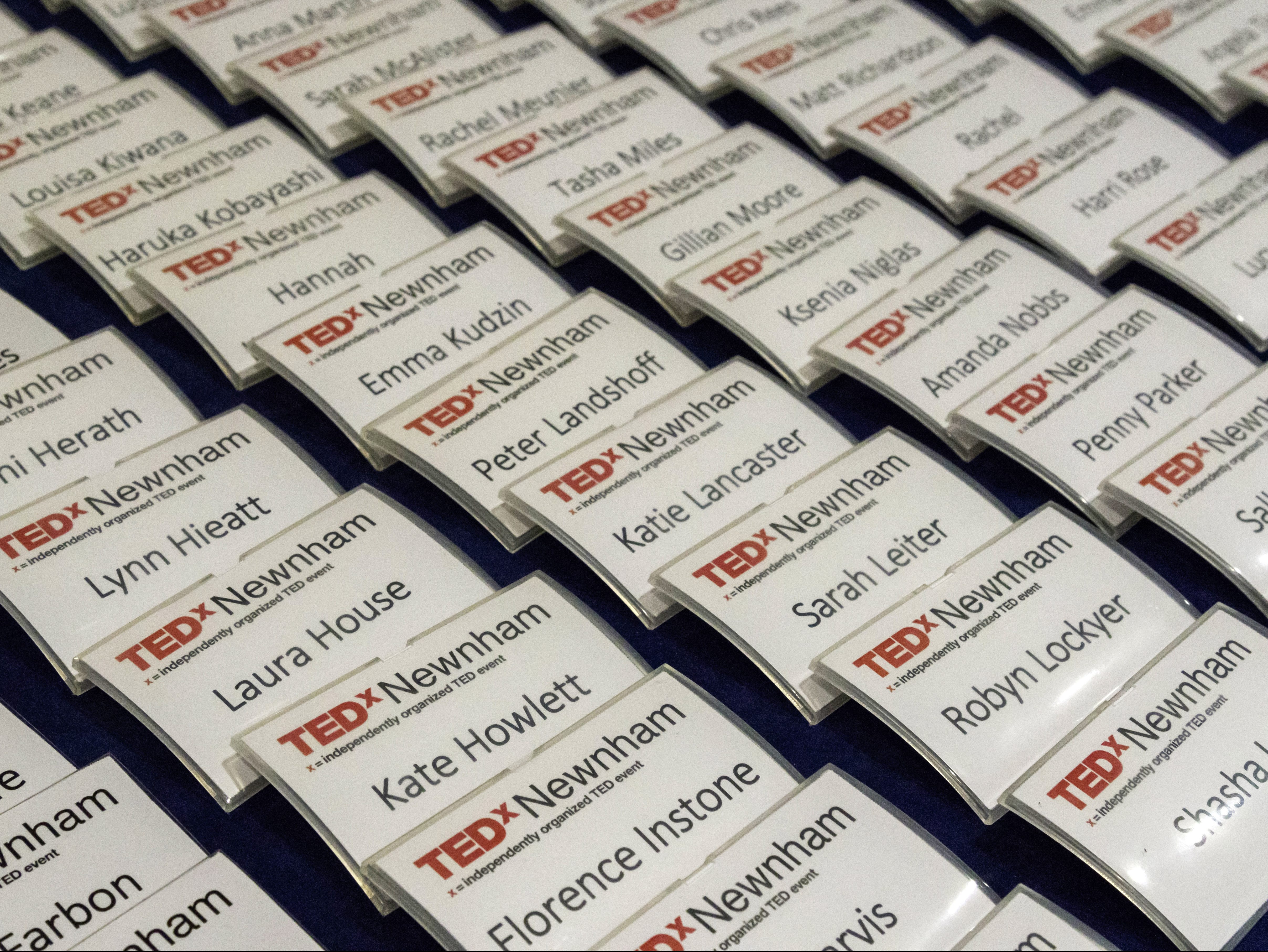 The buzz really began when the audience started arriving. They picked up their badges… 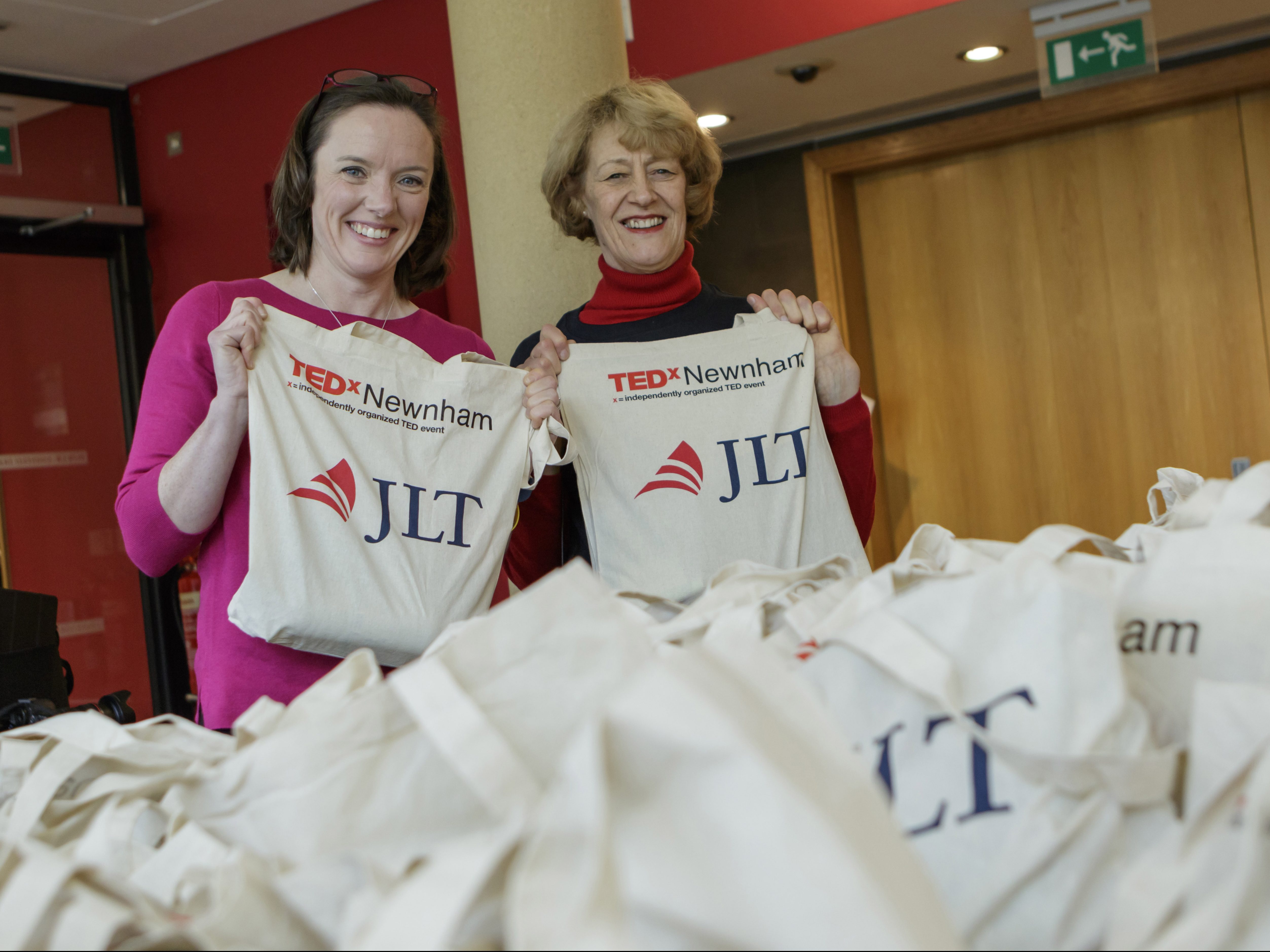 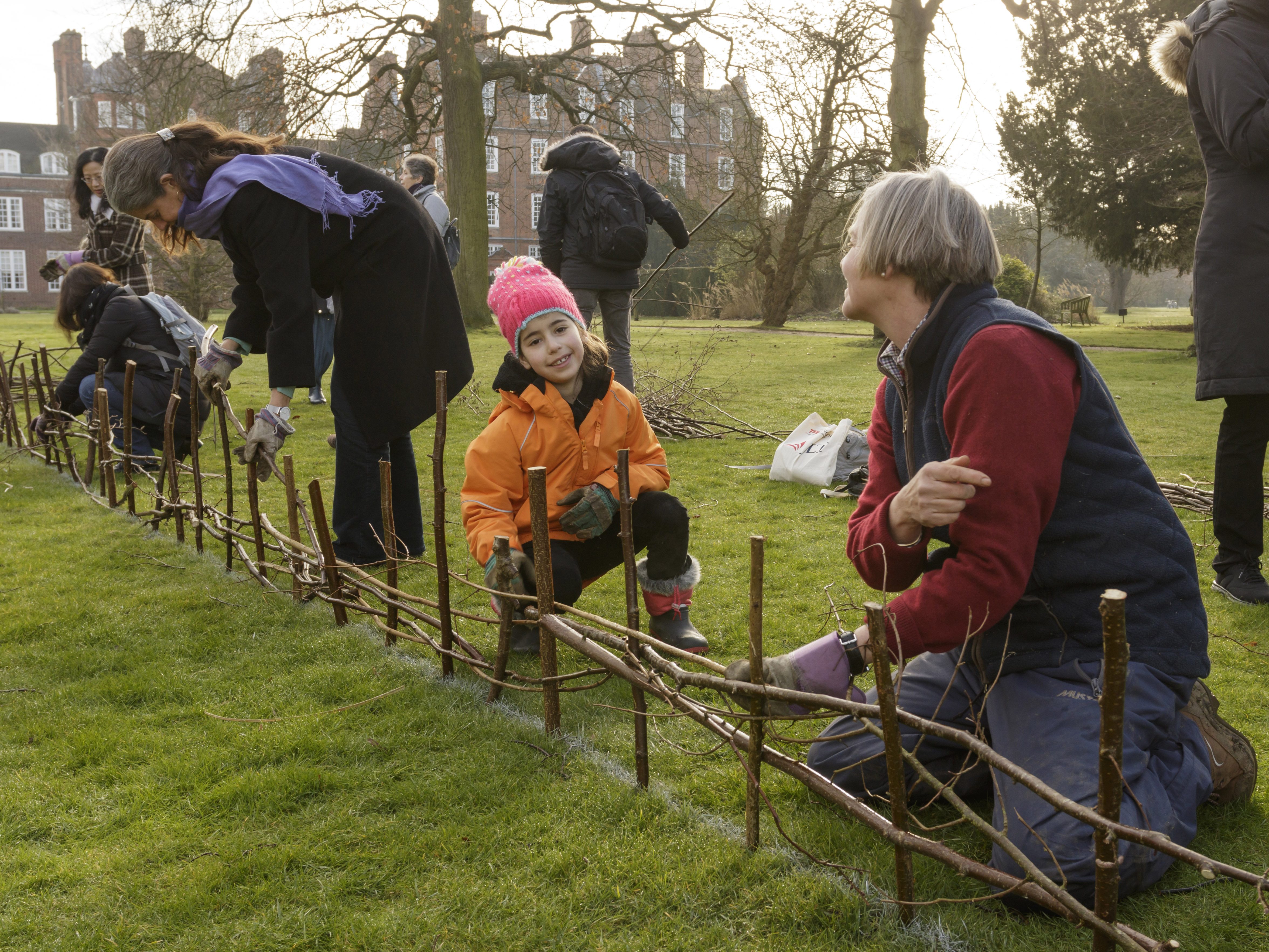 … and went outside to embrace their first challenge: helping the Newnham Croft Primary Forest School to create a to-scale model of the famous Newnham Corridor! Activities like this give children valuable opportunities to practice a variety of different skills, teamwork and independence. 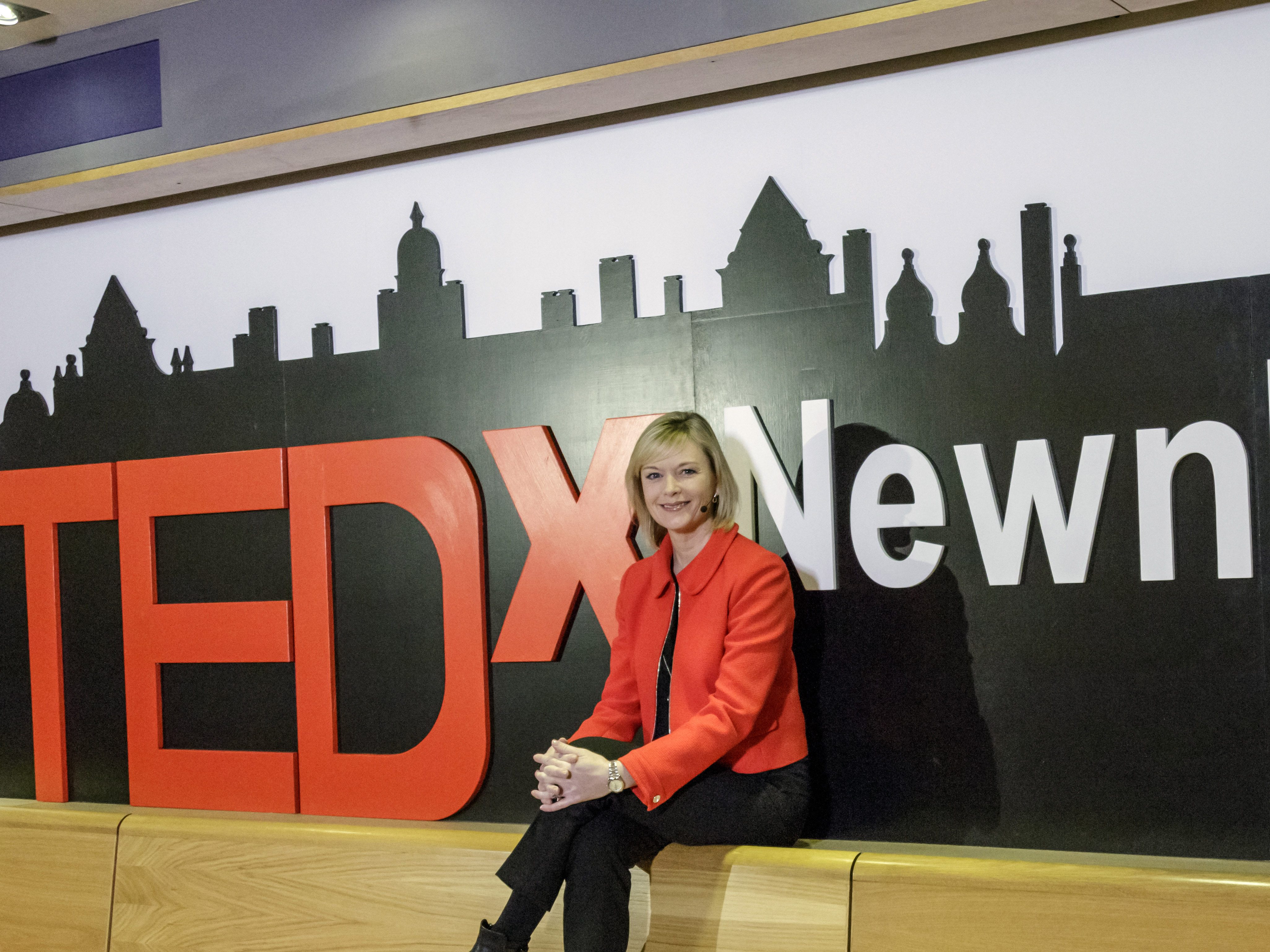 Fantastic TEDxNewnham host Julie Etchingham (NC 1988) was fitted with her mic, and prepared to begin the day. She was constantly on the go, welcoming the livestream audience, encouraging the audience in the room to get involved, and linking the talks together into a thought-provoking series. 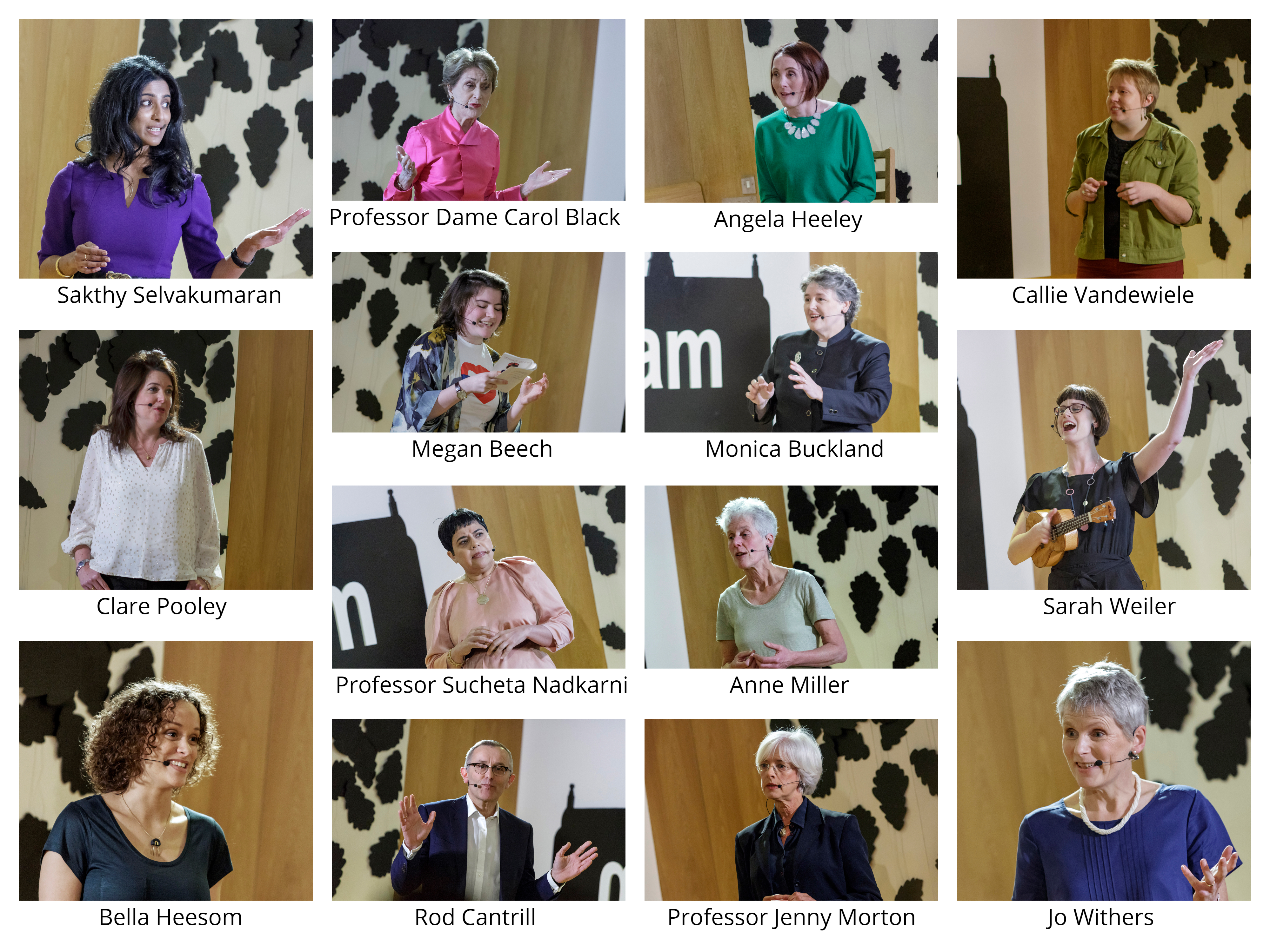 TEDxNewnham wouldn’t have been the same without our amazing speakers: here they all are. 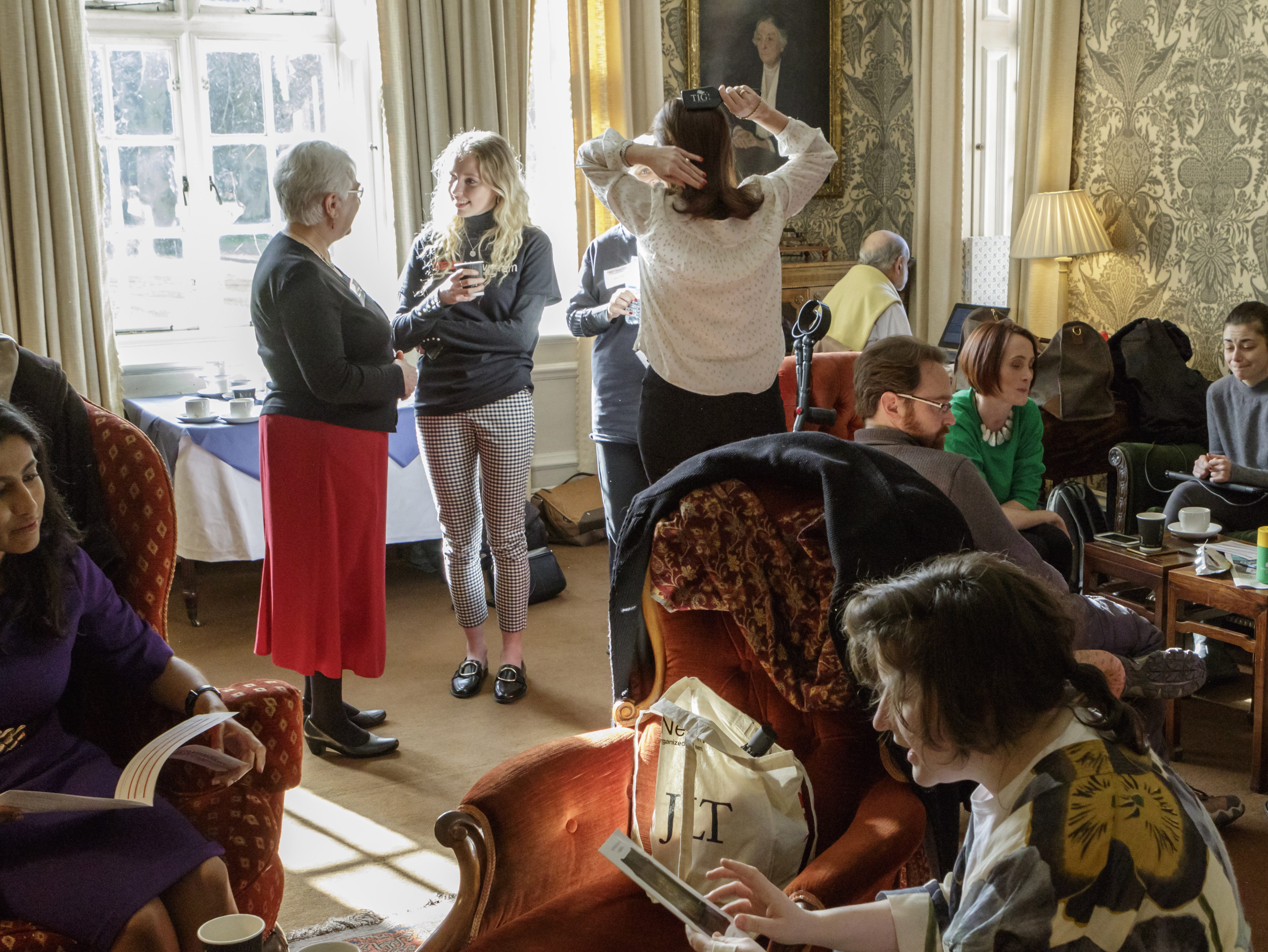 When they were waiting to speak, the speakers had the opportunity to relax in the Senior Combination Room, which was kindly loaned by the Senior Members for the purpose. The students who kept them company kindly livestreamed the talks from upstairs, so even if they couldn’t be in the room, the speakers could cheer each other on. (They weren’t the only ones watching from College, either: the Porters watched the livestream from the Lodge!) 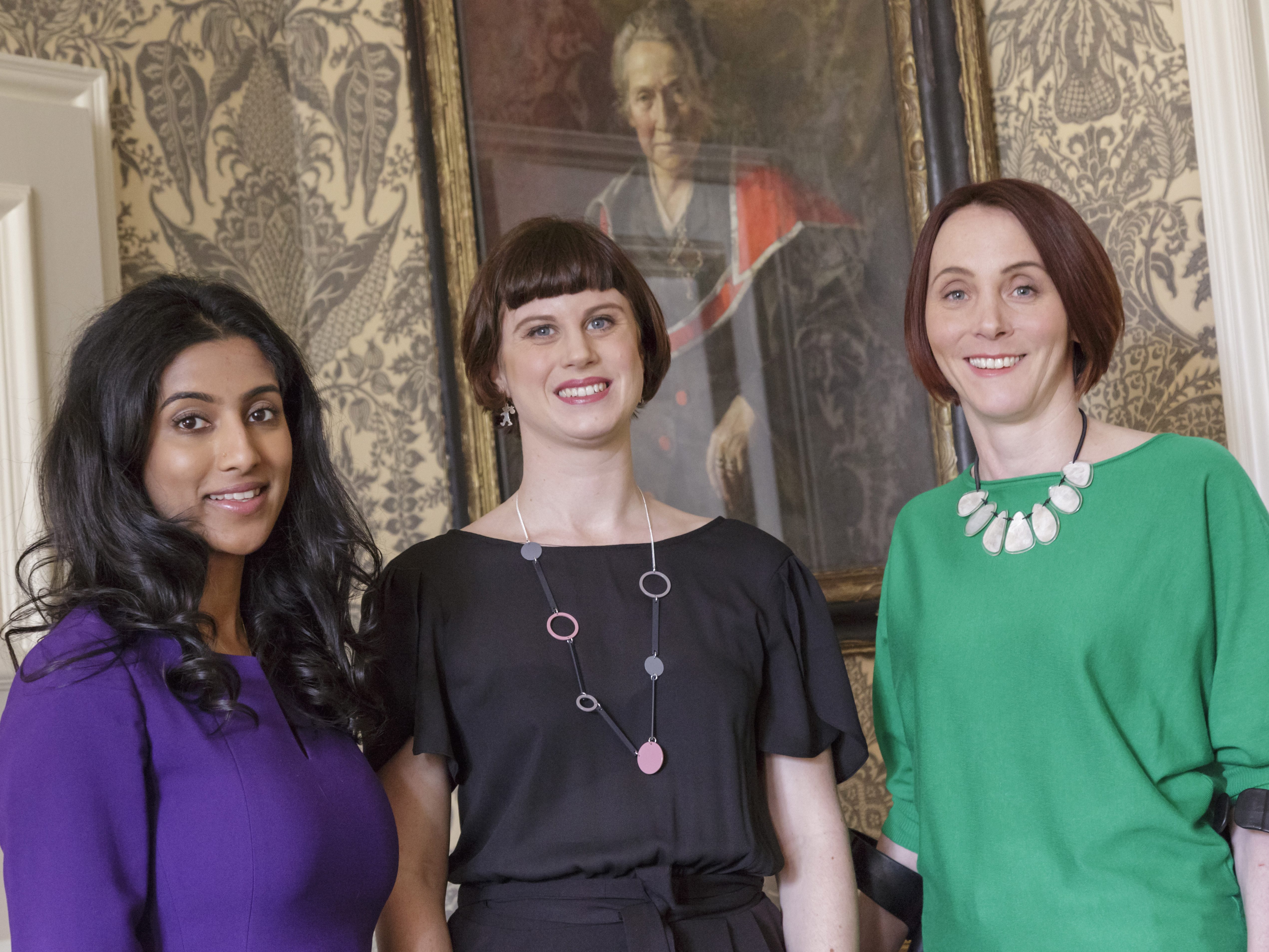 For the speakers who are College alumnae and students, it was a chance to catch up with an old friend: here are Sakthy (NC 2015), Sarah (NC 2004) and Angela (NC 1997) with co-founder and suffragist Millicent Garrett Fawcett, whose portrait hangs in pride of place in the SCR. 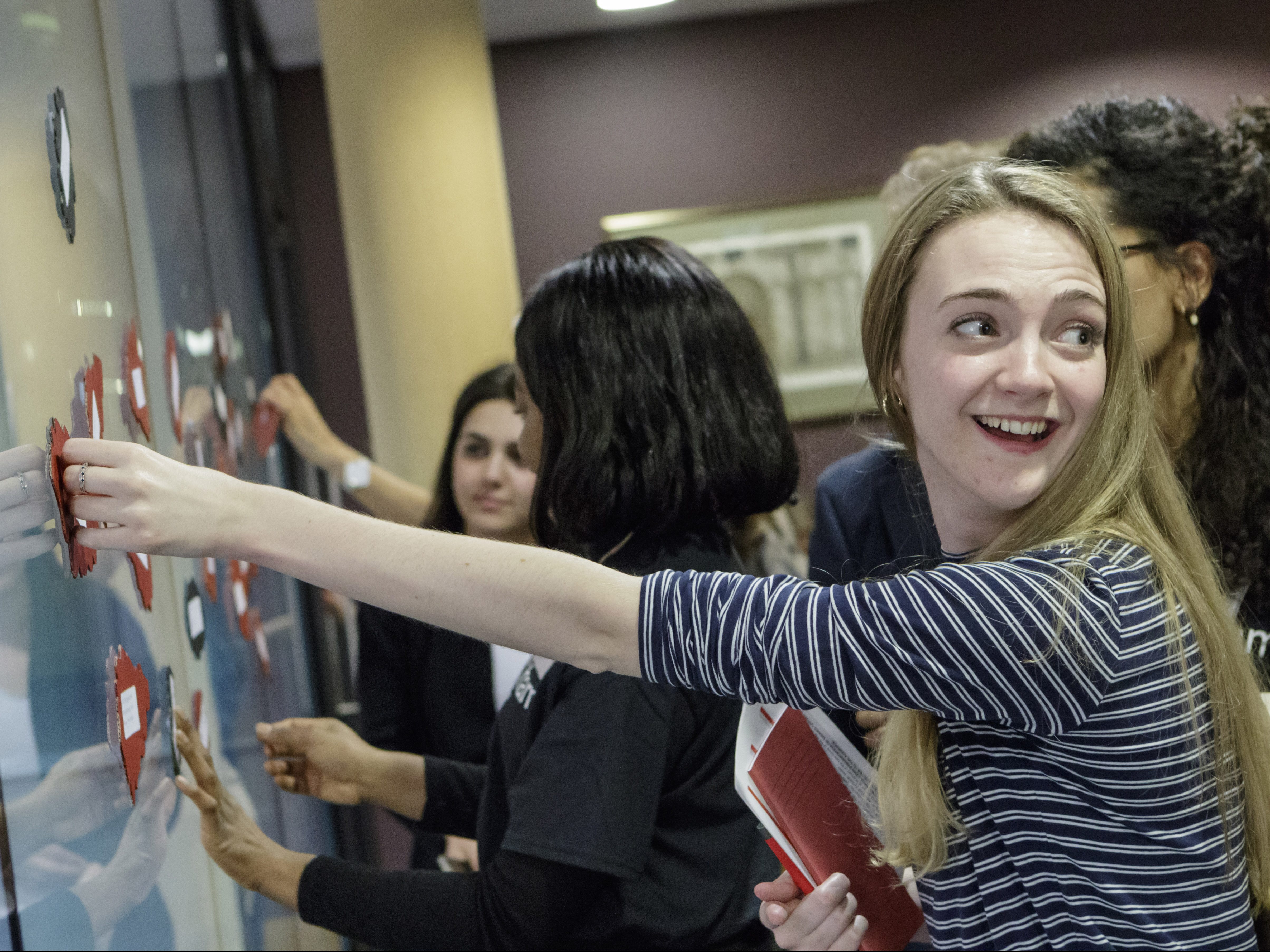 In between talks, the audience also had activities to enjoy: they created their own TEDxNewnham song in a workshop with speaker Sarah Weiler, and they all wrote their challenges for the next year on beautiful wooden oak leaves that were provided in their goody bags, before sticking them up to form a collage. 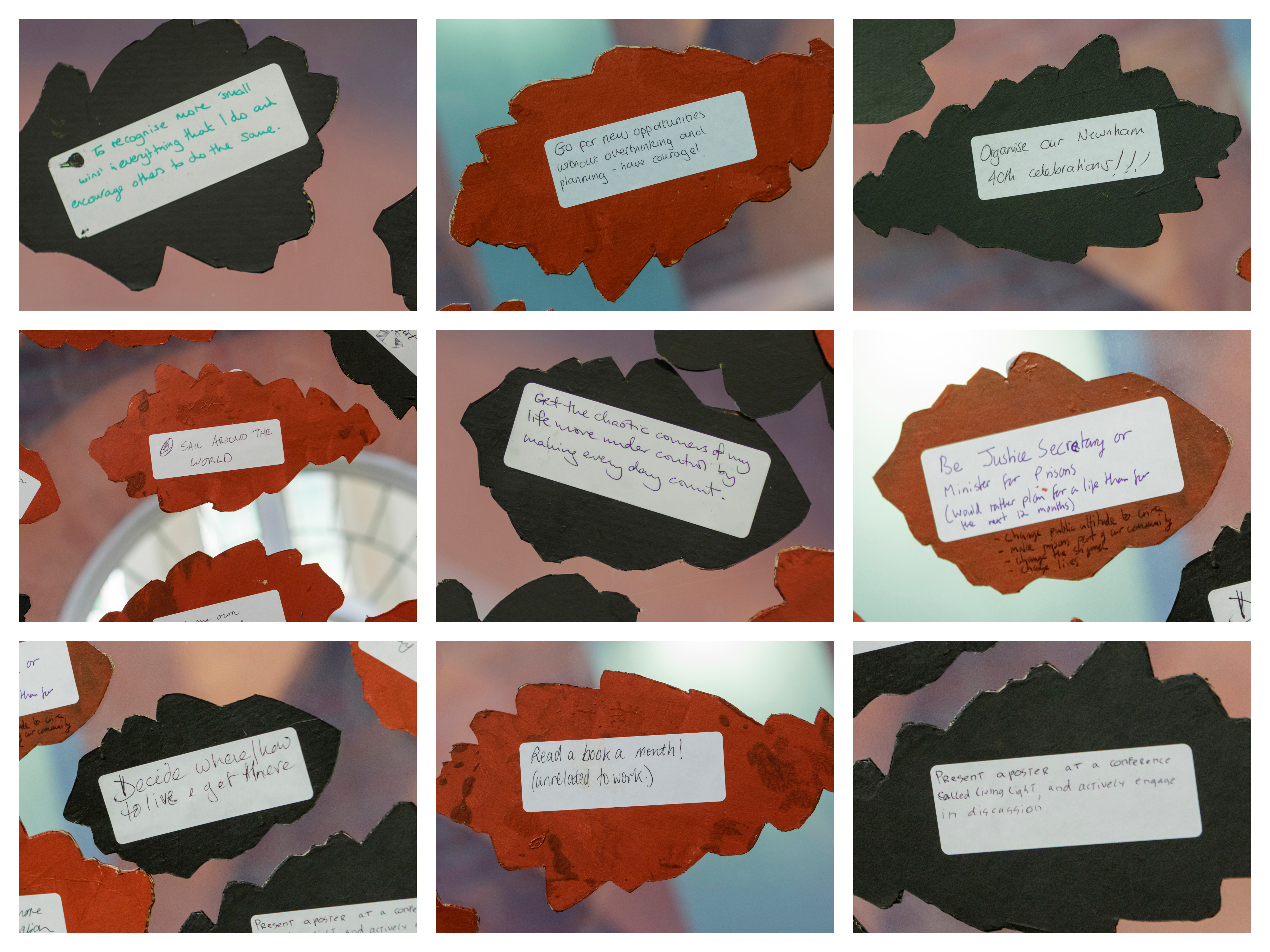 There was an amazing range of challenges from the small (learn to tweet?) to the big (sail around the world / get a first / become Justice Secretary or Minister for Prisons). 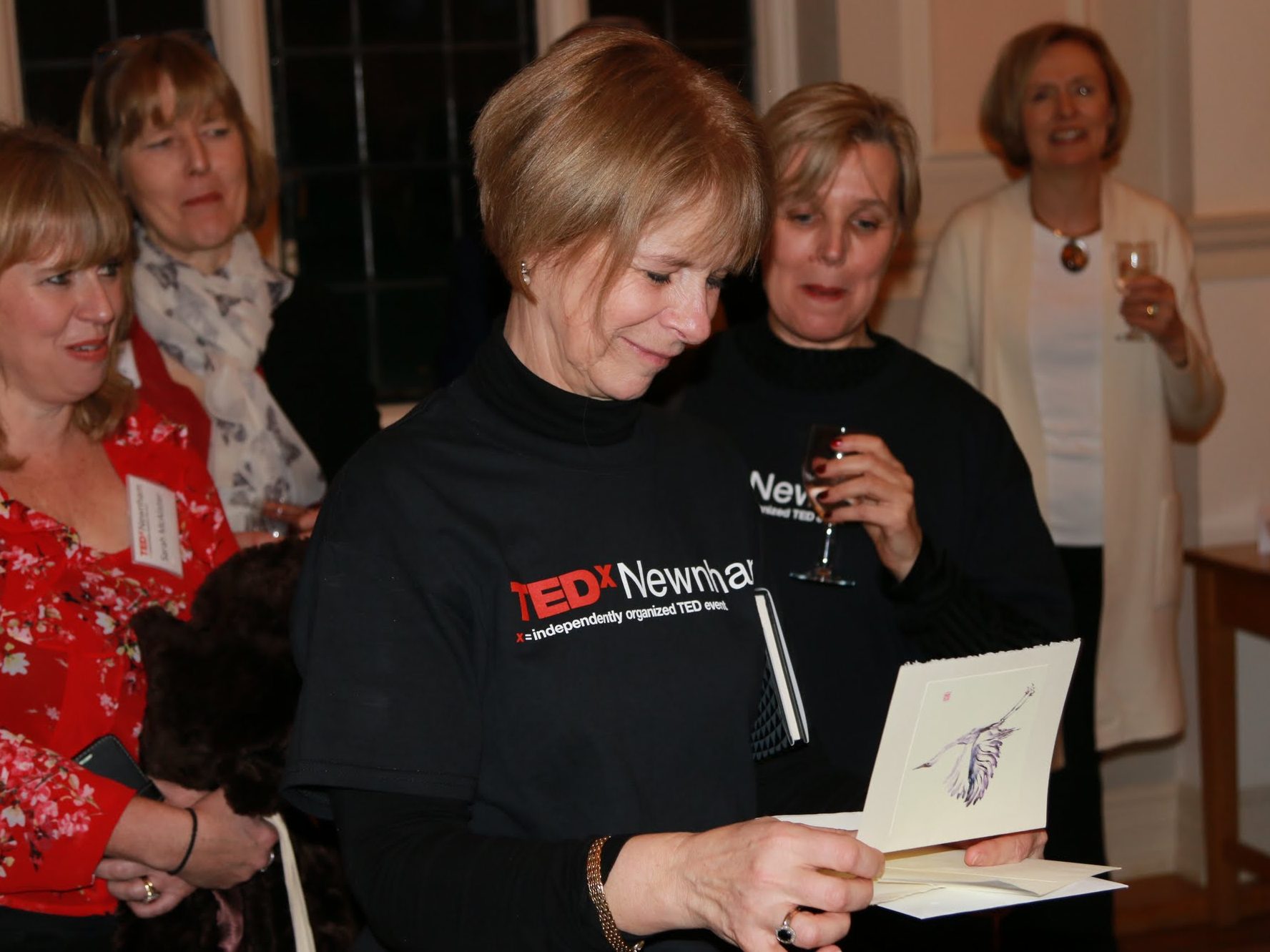 At the end of the day, there was time for a quick toast, and a rousing rendition of Happy Birthday, led by speaker and conductor Monica Buckland and accompanied by speaker and musician Sarah Weiler, for Newnham’s Development Director, Penny Hubbard. 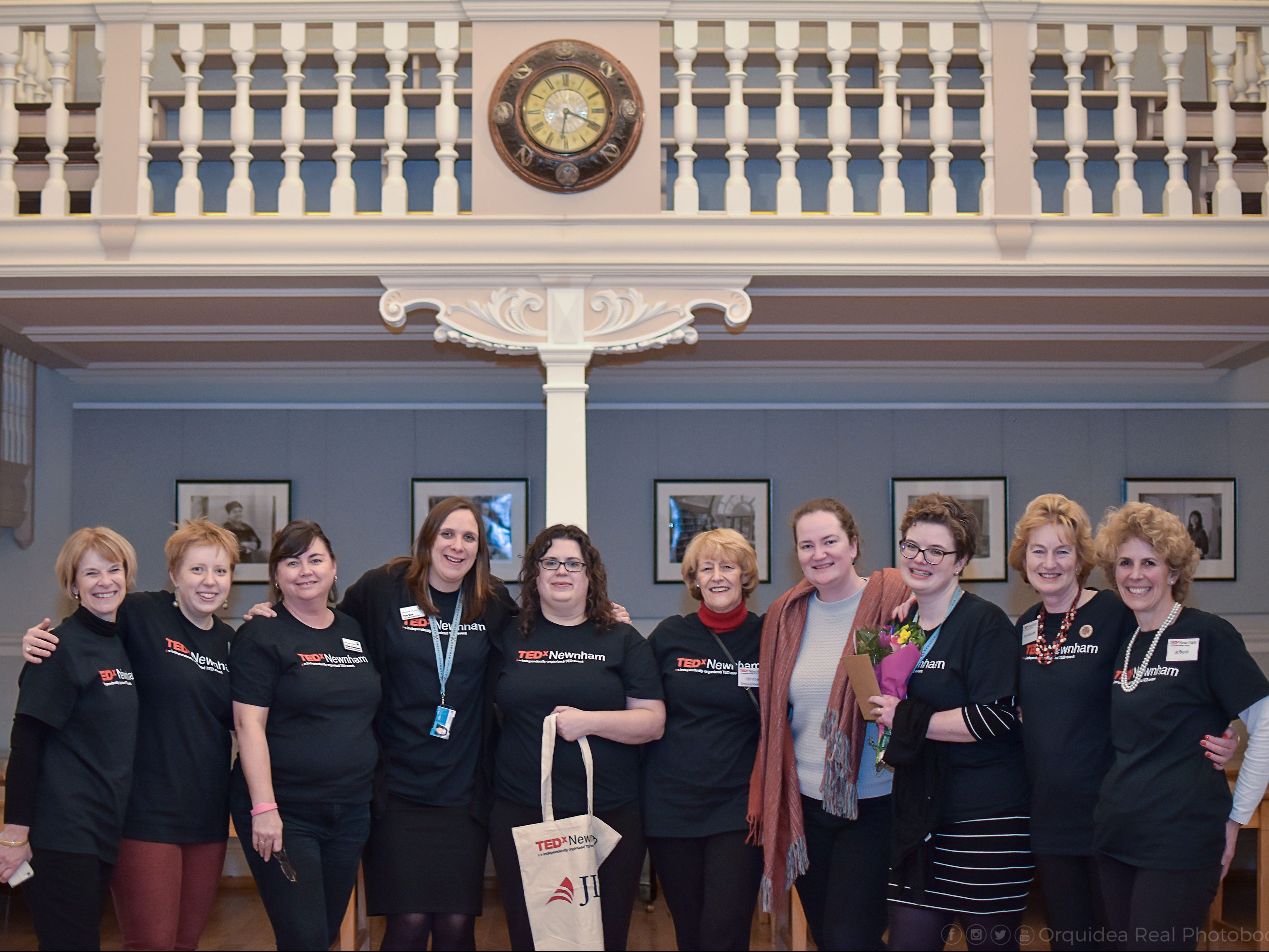 At the end of the day, only a handful of volunteers, TEDxNewnham working group and College staff remained to reflect back on a day (month/year!) well spent Embracing Challenge.

We were also absolutely delighted by this beautiful video that Newnham graduate student Edith Julieta (Julie) Sarmiento Ponce (NC 2014) made to celebrate TEDxNewnham. Thank you so much, Julie!