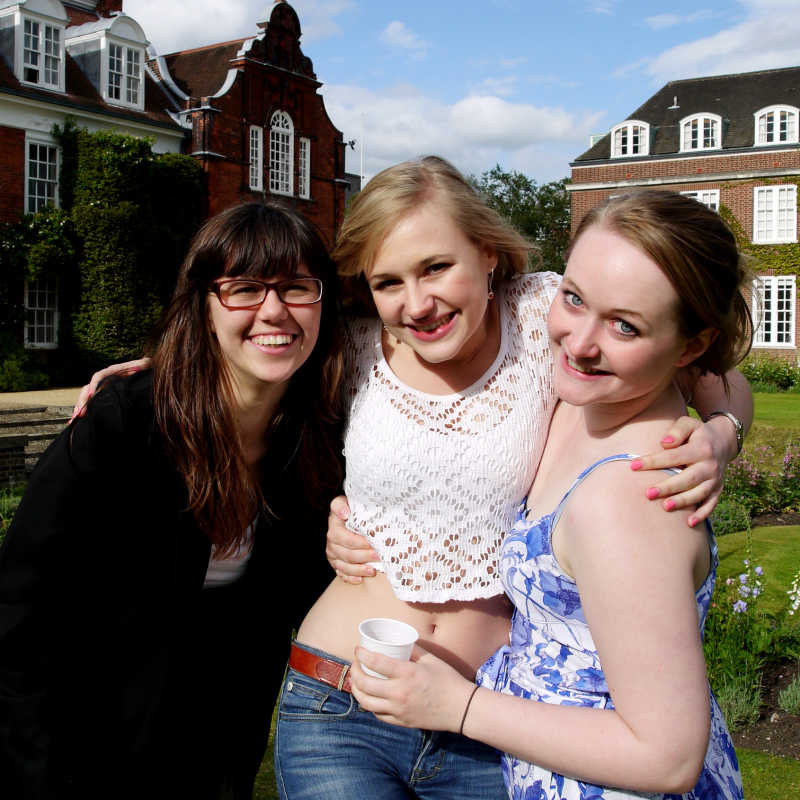 Long ago, in a world without smartphones or Justin Bieber, I arrived on the doorsteps of Newnham College with my parents and an obscene amount of luggage at the tender age of 17.

I was desperate to claim my independence, which at the time I thought was long overdue.

As a teenager from a mixed school, not too keen on the idea of Cambridge to start with, in my mind going to an ‘all-girls’ college was the end of the world. In fact, it was the beginning of a love affair which has changed every part of my life.

The first myth to dispel is that there are no men. Ok, the stories of hordes of boys evacuating sheepishly in women’s dressing gowns during the early morning fire drills are exaggerated, but I personally met more men during my undergraduate years than women, including my now fiancé.

As a scientist/engineer (I still haven’t decided which) I was (and still am as a PhD student) surrounded by men all day; my lecturers were men, my supervisors were men, and I sat in lecture theatres filled with men!

For the first couple of years most days would end in a swap with men from another College (a swap is essentially inter-collegiate organised fun). Surrounded by testosterone for most of the day, having a College I can wander around in my pyjamas without a care in the world was extremely valuable.

While my fears over the ‘nunnery’ were swiftly dispelled, the other stereotypes are not as easy to dismiss. Next up; the workload and pace of life in this Cambridge bubble.

There are many types of people in Cambridge, but most fit into two categories: those who worked hard to get in and those who got in with little effort. I was the latter, having never learned how to learn or work at your education. This leaves you at a massive disadvantage when you are suddenly surrounded by equally intelligent people who are far more motivated and hardworking.

Facing up to the possibility of failure and finding the determination to work through it was the most valuable lesson my time as an undergraduate here taught me – a lesson that led me to secure a First.

There are many reasons I decided to stay at Newnham to do a PhD after finishing my undergrad in Chemical Engineering, but the principal reason would be that I love to learn. I love science, I love understanding the world, but more than that I love that this is a place full of people who feel the same.

The intrinsic curiosity and open-mindedness is almost addictive and hard to find elsewhere. So, what is different being at Cambridge as a graduate? The culture. Not only is the average age much higher than at undergraduate level, inevitably leading to a very different dynamic, but also there are many more international students and researchers, which suits me much better.

Without the endless cycles of term-time pressure and exams of the undergraduate years, Cambridge becomes a land of opportunity like never before.

In the last couple of years I have been able to not only attend but organise conferences, work on Government policy research, start a company and get involved in the inner workings of College decision making. Newnham has been at the centre of providing and supporting me in these opportunities.

The value in Newnham as a place to spend the formative years of your life is not limited to the beauty of its gardens and its part in the University as a whole. Newnham has given me role models, not only from its alumnae but the incredible range of inspiring women here today.

It has given me opportunities I had never considered or imagined before coming here, from directing plays to being on the Governing Body of College. Most of all it has given me the best of friends.

Almost seven years after I first arrived, with three Cambridge degrees under my belt (if the MA really counts), I am most thankful for the amazing women I call my friends, not just for hilarious memories but for the variety of stimulating conversations you can’t help but get into, and for the incredible things I have seen each and every one of them achieve since we started together.

I love my College. It isn’t the biggest, the richest, the oldest or the most famous. As clichéd as it sounds, Newnham’s biggest asset isn’t its architecture, or its excellence in Classics or English; its real strength is its long history of being at the forefront of the empowerment of women and its on-going commitment to continuing this through a wide community of outstanding and truly fascinating individuals.

It is a place to be yourself and become your best self.