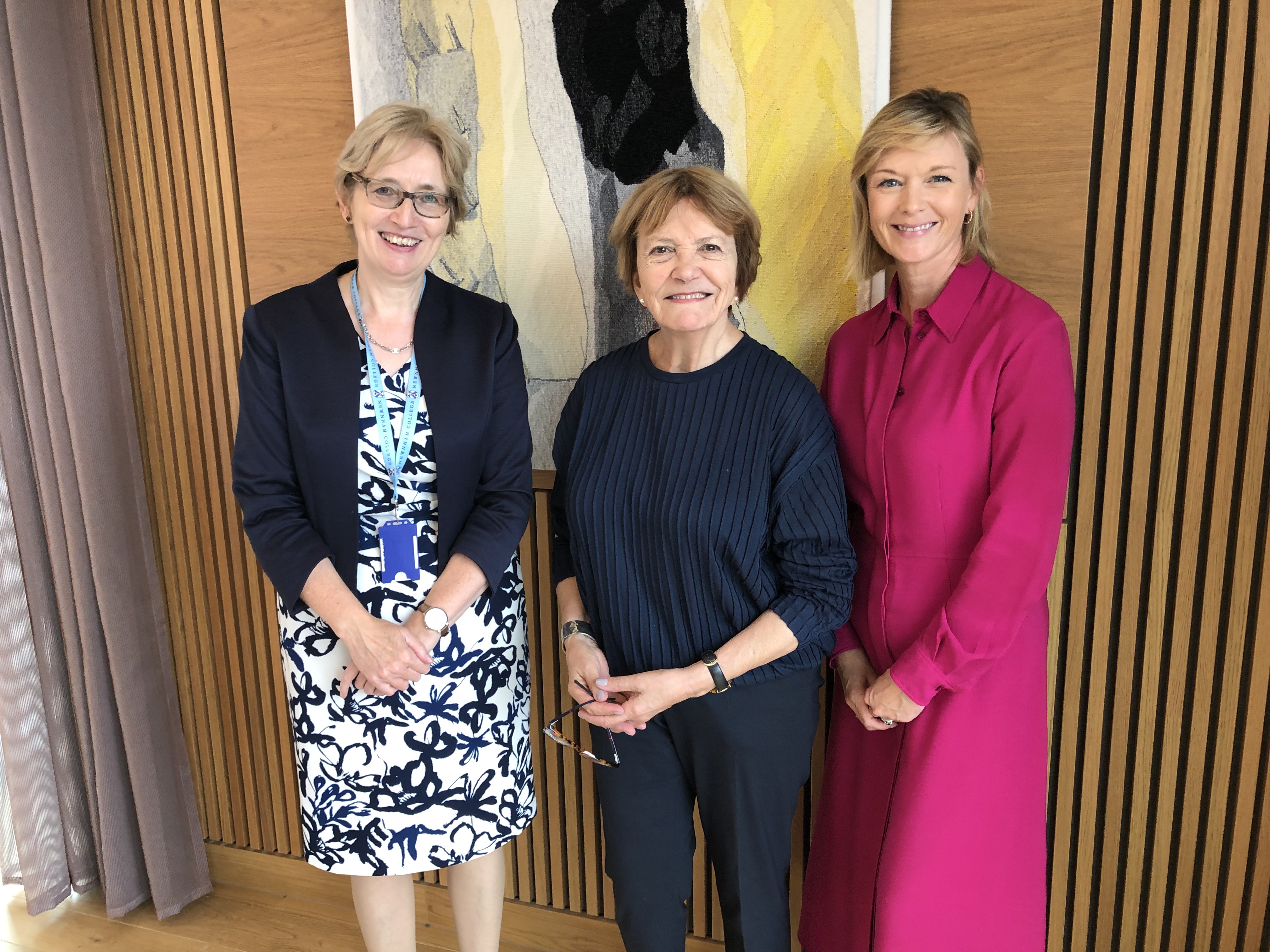 On Saturday 28 September, four years of Newnham alumnae returned for Reunion Dinner: 1964, 1979, 1989 and 1999. Alumnae and guests enjoyed a three course dinner in College Hall, brilliantly prepared by the College Catering Team. To wind up the dinner celebrations, Principal Alison Rose gave a speech celebrating the returning alumnae, and updating them on recent developments and events at Newnham. This was Alison’s first Newnham Alumnae Festival as Principal; it was a wonderful occasion for her to meet a number of Newnham’s alumnae, at such a joyous event. Festivities continued after dinner in the Iris Bar in the Dorothy Garrod Building, where alumnae were encouraged to continue their conversations.

‘Find your voice, but allow your voice to change as you listen and learn’

On Sunday 29 September, alumnae and visitors from other Colleges gathered for one of the most popular events of the University Alumni Festival, the Newnham Conversation. This year, we were delighted to hear  Joan Bakewell (NC 1951) and Julie Etchingham (NC 1988) in conversation. These two renowned journalists and broadcasters discussed the changes they had seen in the media over their careers, and how far there still is to go. They shared frank opinions about life in the world of the British media. Memorable advice and insights included ‘Find your voice, but allow your voice to change as you listen and learn’; ‘Challenge yourself to say “yes”’; and ‘Make a choice, pursue it, deal with the consequences good and bad.’

Both Julie and Joan said that coming to Newnham was one of the most significant experiences in their lives. Joan said ‘Newnham has underpinned and shaped everything I have done since. Newnham was a bedrock of friendship and sound thinking.’

After a fascinating conversation, the topic of discussion was opened to the floor and a lively discussion followed.

Garden Tours were also on offer during the weekend, led by Head Gardener Lottie Collis. Despite the rainy weather, many alumnae enjoyed re-visiting Newnham’s gardens. The library was also open to visitors, where there was a Bloomsbury exhibition of first editions of Virginia Woolf and Newnham’s Bloomsbury connections, put together by Newnham’s librarians.