On Friday 22 September, Dame Carol and graduate student Srishti Krishnamoorthy (NC 2013) joined the Heads of House and alumnae from the other women’s colleges, Murray Edwards and Lucy Cavendish for a joint panel event. The discussion, which was hosted by Lucy Cavendish, was on the subject: ‘Feminism: back by popular demand? How women are responding to the rise of populism’.

The speakers, ably chaired by Dr Jude Browne of POLIS, discussed the rise of populism and its impact on women from a variety of angles, covering the ‘trolling’ of female public figures, the consistent use of threats of violence to silence discussion and the lack of accountability for misogynistic behaviour committed in the public domain.

On Saturday 23 September, four years of Newnham alumnae returned for Reunion Dinner: 1962 (55 years), 1977 (40 years), 1987 (30 years) and 1997 (20 years). After a beautiful sung grace by members of the 1977 year group, everyone enjoyed a three-course dinner ably prepared by the College Catering Team, followed by a speech from Dame Carol celebrating the returning alumnae and updating them on the events of the year.

On Sunday 24 September alumnae and visitors from other Colleges gathered for one of the most popular events of the University Alumni Festival, the Newnham Conversation. This year the speakers were Professor Rae Langton and Caroline Diehl MBE (NC 1975), considering ‘From Hate Speech to Fake News: is free speech a free-for-all?’ After a fascinating conversation, the subject was opened to the floor and a lively discussion ensured. There was also the chance to take a tour of the gardens with Head Gardener, Lottie Collis, and to look at exhibitions in the Library. 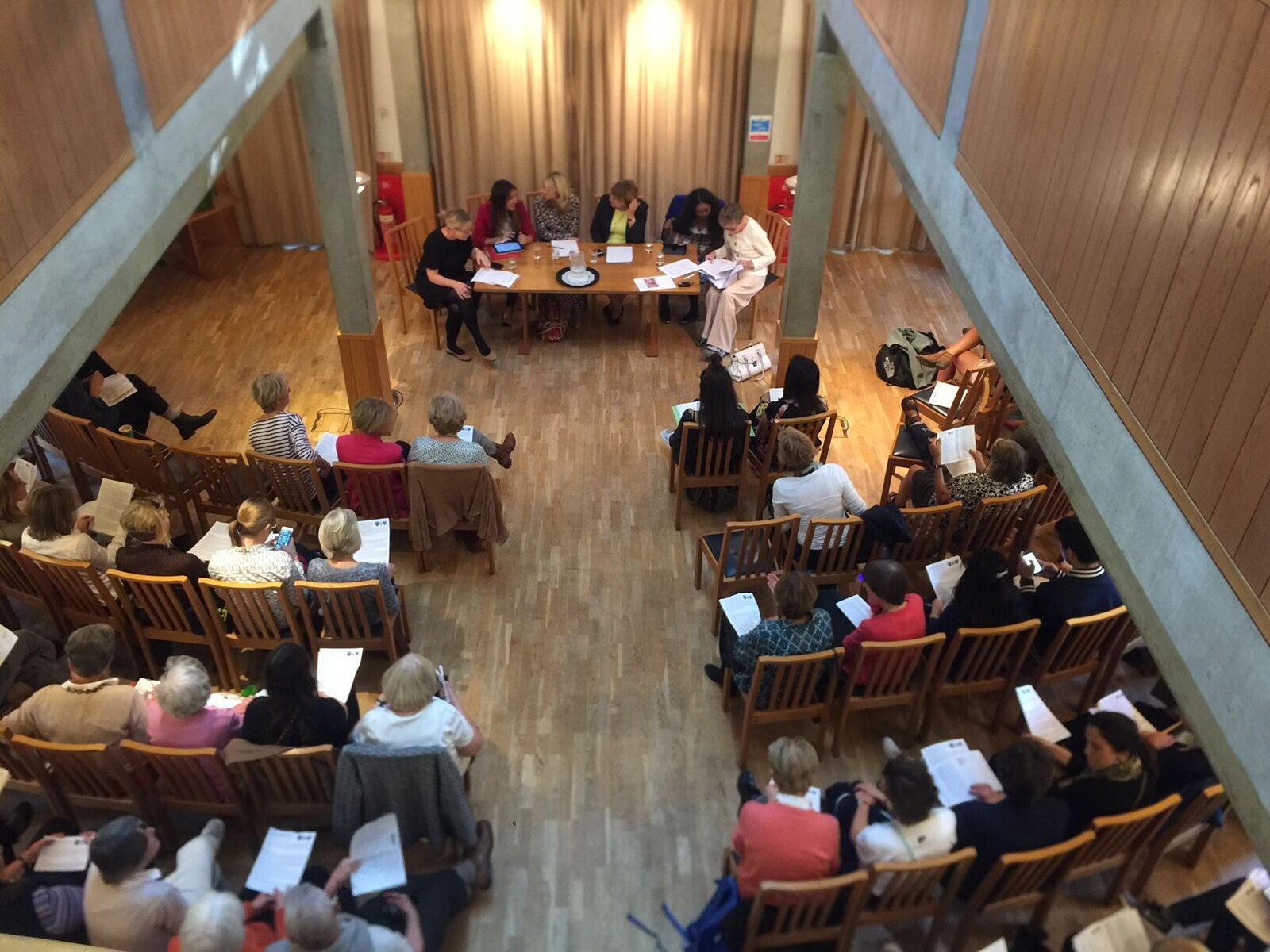