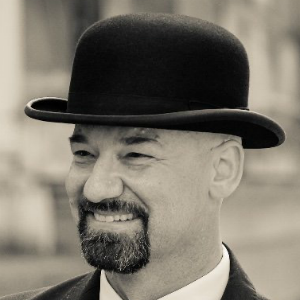 Bob Watson is the Head Porter of Newnham College.

Bob was born in West Germany (at the time so named) and grew up in many places, following his serviceman father’s postings, primarily the UK and Germany.

He joined the British Army in 1984 at 16, then served a total of over 26 years with The Royal Anglian Regiment, exercising and deploying on operations all over the globe. On his retirement from the armed forces, Bob gained employment at Selwyn College where he served 9 years as Deputy Head Porter before joining us at Newnham in 2019.