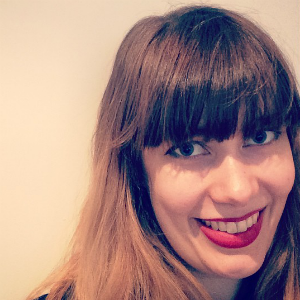 Dr Meg Foster is an historian of banditry, settler colonial and public history, and the Mary Bateson Fellow at Newnham College.

Dr Meg Foster commenced her bachelor’s degree in history and sociology at the University of Sydney in 2010. There, she received numerous awards for her work including the Academic Merit Prize and Walter Reid Memorial Prize, as well as a Marion Macaulay Bequest Scholarship to undertake a student exchange at the University of Exeter in 2012.

In 2014, Meg worked as a consultant historian at the Australian Centre for Public History and received the Deen De Bortoli Award from the History Council of New South Wales for her work examining the connection between public history and digital technologies.

Meg commenced a PhD in history at the University of New South Wales in 2015. Under the supervision of Professor Grace Karskens and Professor Lisa Ford, Meg’s work examined the ‘other’ bushrangers: Aboriginal, African-American, Chinese and female bandits in Australian history and social memory.

In 2017, Meg received an Australian Bicentennial Scholarship from King’s College London to travel to the UK for research. In England, she was a Visiting Research Fellow for the ERC funded Carceral Archipelago Project based at the University of Leicester.

From 2018-19, Meg received funding from the University of New South Wales to undertake a doctoral practicum at the University of Cambridge. There, Meg worked alongside Professor Sujit Sivasundaram to further develop the transnational dimensions of her work.

Dr Meg Foster is currently researching the connections between British highway robbery and the origins of Australian bushranging. She is an intersectional historian who has experience working across race, class and gender histories as well as imperial, colonial, ethnographic and public histories.

Meg has published widely, contributing articles to Rethinking History and Public History Review as well as Australian Historical Studies, where her most recent piece won the Aboriginal History Award from the History Council of New South Wales. Meg has also contributed book chapters to publications by Routledge and Bloomsbury Academic. Combined with reviews, newspaper articles and blog posts, Meg has a breadth of experience writing for academic and public audiences, and a passion for making connections between history and the contemporary world.

Her first book, Boundary Crossers: the hidden history of Australia’s other bushrangers, will be published with NewSouth (University of New South Wales Press) in 2022.