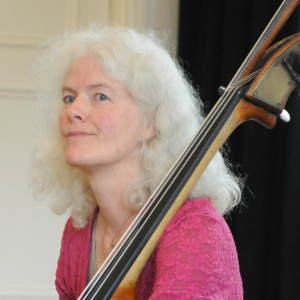 Laurie studied Natural Sciences (Zoology) at Clare College, Cambridge, before taking a PhD in freshwater ecology at the University of Exeter.

She was a JRF at Darwin College and a Fellow, Tutor and College Lecturer in Ecology in Newnham, till she left in 2000 to head the University’s Graduate Registry. She subsequently was Secretary of the Graduate School of Life Sciences, and Secretary of the Degree Committees in Biology, Medicine, Earth Sciences & Geography, and Physical Sciences. She was appointed Director of the Isaac Newton Trust, which funds research in Cambridge, in 2015. Giving away other people’s money to those who really need and appreciate it is the best job in the world.

Laurie’s publications include Wicken Fen: the making of a wetland nature reserve (Harley Books, 1997 – runner up for the Natural World Book of the Year award); guides to the water beetles of Great Britain and Ireland for the Royal Entomological Society; and papers on the ecology of underwater carnivorous plants. She was an initiator of plans to begin a century-long project to rewild the fens and has recently taken up a part-time role as a Research Programme Manager in the Cambridge Centre for Landscape Regeneration.