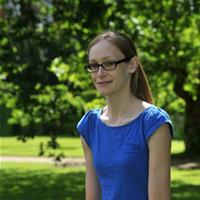 Dr Emma Pomeroy gained her BA in Archaeology and Anthropology from Cambridge, and MA in Osteoarchaeology from the University of Southampton. Following employment in medical research and commercial archaeology, she completed her PhD in Biological Anthropology under the supervision of Dr Jay Stock (Cambridge) and Professor Jonathan Wells (UCL). Her thesis investigated adaptation to varying social and natural environmental conditions in past and present Andean populations.

Emma returned to the Department of Archaeology, and Newnham College, as a Lecturer in January 2019.

Dr Emma Pomeroy’s research centres on understanding how past and present variation in human health, growth and morphology is influenced by evolutionary processes (e.g., adaptation, neutral variation, plasticity) and interactions with the natural and social environments. She combines human bioarchaeology with human biology and palaeoanthropology, and previous and current projects include work in South America, South Asia and Europe.

Since 2016 she has also been the paleoanthropologist at renewed excavations at Shanidar Cave, Iraqi Kurdistan. Shanidar Cave is one of the most famous Neanderthal sites, yielding the remains of 10 men, women and children in excavations led by Ralph Solecki between 1951 and 1960. The new project, led by Professor Graeme Barker, is using modern archaeological science and techniques to refine our understanding of the chronology and stratigraphy of Solecki’s original excavations, and to provide new insight into behaviour during the Palaeolithic. This has included the exciting discovery of significant new Neanderthal remains.

The Old St Bernard’s Hospital Project, which she co-directs with Dr Kevin Lane (CONICET, Universidad de Buenos Aires) and Professor Clive Finlayson (The Gibraltar Museum and University of Gibraltar), investigates health, diet and migration among skeletons from a 16th-17th century mariner’s hospital in Gibraltar. Due to its date and location on major shipping routes, the Hospital collection has enormous potential to shed new light on disease and migration at a time when trade and human movements first became truly global. The project is strongly interdisciplinary, incorporating historians, archaeologists, human osteologists, and analyses of stable light isotopes and ancient human and pathogen DNA.