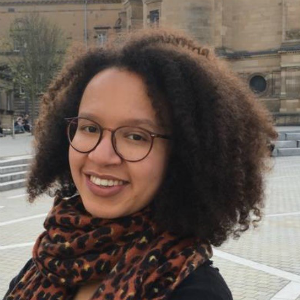 Dr Mathelinda Nabugodi is a Leverhulme Early Career Fellow.  After being the first to be awarded a PhD in Creative Critical Writing from UCL, she worked as a Post-Doctoral Research Associate at Newcastle University, where she became involved in editing the fifth and final volume of The Poems of Shelley (published in the Longman Annotated English Poets series).

She is also a member of the Advisory Council of the Institute of English Studies at Senate House, University of London.

She works on Percy Bysshe Shelley and his circle, with a focus on translation and foreign language learning. She approachs his working drafts with an eye to tracing how his translation practice fuelled his ‘original’ composition processes and was thus an integral part of his poetic development. In addition to studying the manuscripts, she is drawn to the miscellaneous objects preserved in various Shelley archives – hair jewellery, a glove, a quill, travelling cutlery, a baby rattle, and pieces of charred bone allegedly part of his skull.

Mathelinda adds “On a separate, but related trajectory, I am oddly fascinated by research design. Walter Benjamin’s work has had a lasting impact on my conception of method, and I am interested in experimenting with writing that thinks in images and constellations. At present, I am especially curious about self-reflective modes of literary criticism and what it means for a woman of colour to study such a quintessentially dead white man as Shelley.”