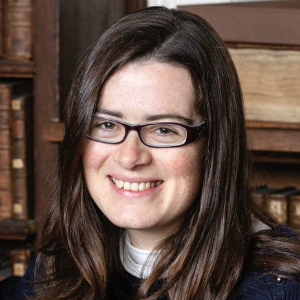 Joanna Bellis is Special Supervisor in Medieval literature. It is her great pleasure to teach undergraduates for Part I Papers 2 and 3 (English Literature and its Contexts, 1066-1350 and 1300-1550), Practical Criticism, Part II optional papers (Chaucer/Medieval Supernatural) and dissertations.

Her research is focused on medieval and early modern historical writing, particularly the ways that historiographers positioned themselves as authors (borrowing the modes literary/chivalric/fictional writing), and pondered the ethical implications of ‘writing history’. Her first book (The Hundred Years War in Literature, 1337-1600, Cambridge: Brewer, 2016) followed the snowballing legend of that conflict from its contemporary narrators to its sixteenth-century afterlife, and representation on the Tudor stage. That led her to the discovery of the remarkable and little-known eyewitness poem, John Page’s The Siege of Rouen, which she edited for Middle English Texts (Heidelberg: Winter, 2015). It is a complex and ambitious text, which ponders the often-conflicting demands of patriotism, compassion, writing for the king, and writing war poetry. Working on this text led to Joanna’s current project, a book about eyewitness writing. With Laura Slater (Oxford), she co-edited Representing War and Violence, 1250-1600 (Cambridge: Brewer, 2016), which brings together the work of historians, literary critics and art historians. For more details, see http://www.joannabellis.com/.