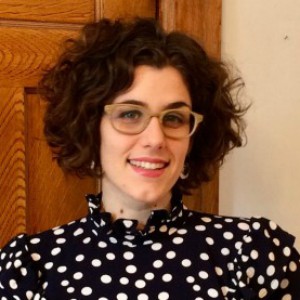 Dr Jessica Hamel-Akré is a social historian of medicine, with a particular interest in appetite, restricted eating, and gender.

She joined the department of History and Philosophy of Science at Cambridge after completing a PhD, funded by a SSHRC Joseph-Armand Bombardier scholarship, in English Studies at the Université de Montréal. Jessica previously served as a School of Literature, Arts and Media visiting research fellow in English at the University of Sydney.

Dr Jessica Hamel-Akré is a social historian of medicine. Her work considers the parallel medicalization of dietary restraint and dietary illness, the gendering of appetite control, and the emergence of modern philosophies of food abstinence throughout the British long eighteenth century.

Jessica is especially interested in how cooperative medical and religious discussions on women’s eating behaviors promoted polite rational cultures which sought to limit women’s spiritual practices, self-representation, and extinguish folkloric knowledge of the body. Moreover, her study of eighteenth-century reading cultures also situates medical writing on appetite control within a network of popular literature, autobiographical and proto-feminist writing. Jessica claims that as this period idealized the rational body, it gave way to new moral standards which required women demonstrate a willingness to control their bodies through restrictive eating.

Alongside her academic pursuits, Jessica is a passionate home sewer who writes regularly on the experience of amateur garment making. She is in the early stages of a work on feminism and the contemporary home sewing revival.