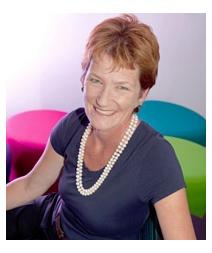 Jane MacDougall was appointed as a Consultant in Obstetrics & Gynaecology at Addenbrookes Hospital in Cambridge 23 years ago. She is a subspecialist in reproductive medicine with a special interest in paediatric & adolescent gynaecology. She was an undergraduate at Newnham College and completed her clinical training at St Thomas’s Hospital. She then trained mostly in London.

As a research fellow for Professor Howard Jacobs at the Middlesex Hospital she became interested in gynaecological endocrinology and was able to continue to develop this interest in Cambridge where she was appointed as a consultant in 1994. She was a founder member and subsequently Chair of the British Society of Paediatric & Adolescent Gynaecology.

She has considerable experience in medical education and has held a number of leadership roles in education locally, regionally and nationally, including Director of Studies in Clinical Medicine for Newnham College, College & Clinical Tutor & Director of Postgraduate Medical Education for Addenbrooke’s Hospital.

From 2003-8 she was Clinical Director for Women’s Services in Cambridge which has given her experience of management & leadership, including teambuilding, negotiation, strategic development, quality assurance, budgets and project & change management.

From 2008-2017 she was Head of School for the new Postgraduate School of Obstetrics & Gynaecology in the Eastern region and was responsible for establishing the School and quality assuring training in the region. She has established training courses for trainers regionally & nationally and chaired the Royal College of Obstetrics & Gynaecology (RCOG) faculty development committee from 2012-14. She was RCOG Faculty development lead from 2014-17. She is now the Reproductive Medicine representative on the RCOG subspecialist training committee.

She was appointed as the Guardian of Safe working (GOSW) for Addenbrooke’s in January 2017 and is now also Chair of the Regional GOSW network. This is a new role established to provide independent oversight of working hours of doctors in training and identifies missed training opportunities for junior doctors.

She is an Associate Postgraduate Dean for Health Education England – East of England (HEE-EOE) with responsibility for their Fellows programme, educational research group, faculty development and new clinical entrepreneur programme.

Masters in Education (research based)( 2003) Awarded A grade

Some key & recent papers published in educational and medical journals: