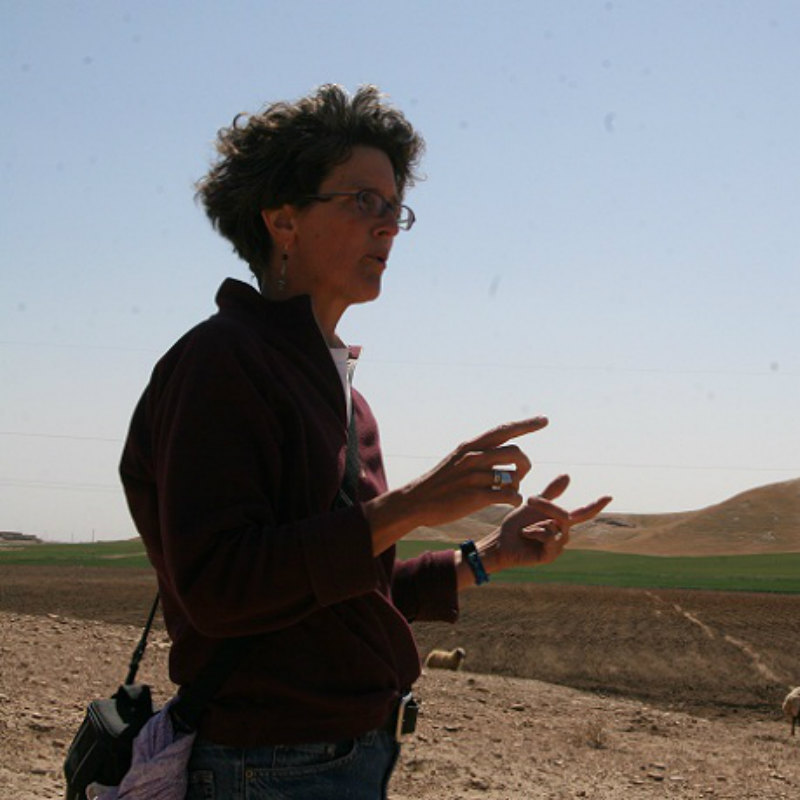 Professor Augusta McMahon is a Mesopotamian archaeologist with particular interest in early urbanism.

Professor Augusta McMahon has a BA in Classical and Near Eastern Archaeology from Bryn Mawr College (Pennsylvania) and an M.A. and PhD in Mesopotamian Archaeology from the University of Chicago. She has excavated in Iraq, Syria, Turkey and Yemen and has been a member of the Archaeology Division since 1995. She is Course Co-ordinator for Assyriology and Graduate Admissions Officer for Archaeology.

Her research focuses on late prehistoric and historic Mesopotamia (Iraq, SW Iran, NE Syria, SE Turkey), particularly issues of early urbanism and urban sustainability, social stress and warfare, political economy, and settlement archaeology, during the 5th through 1st millennia BC. Her current project examines 3rd millennium BC urbanism through excavation and survey at the ancient city of Lagash (Tell al-Hiba, south Iraq), in collaboration with colleagues from the University of Pennsylvania and the Iraq State Board of Antiquities and Heritage.

Her previous project (Tell Brak, northeast Syria, 2006-2011) addressed northern Mesopotamian urbanism and economic complexity during the 5th-4th millennia BC and traced settlement continuity throughout episodes of political change during the 2nd millennium BC. Excavations at Tell Brak have expanded our knowledge of early urban economies, especially the shift of production from households to clustered workshops. The research showed that this industrialisation of production, together with urban population growth, generated intractable quantities of rubbish, leading to creation of one of the world’s earliest rubbish tips, in the early 4th millennium BC. This rubbish tip was located within a dynamic, low density, urban edge zone also used for human burials and the unregulated ‘grey’ economy. Urban growth at Brak in the mid-4th millennium BC was accompanied by power shifts and internal social stresses that resulted in several episodes of violent conflict, evidenced by mass graves.

She is also interested in combining empirical and phenomenological approaches in sensory archaeology, particularly examining the lived experience of imperial architecture.

Hear her on BBC Radio 4’s The Museum of Lost Objects, talking about The Lion of al-Lat