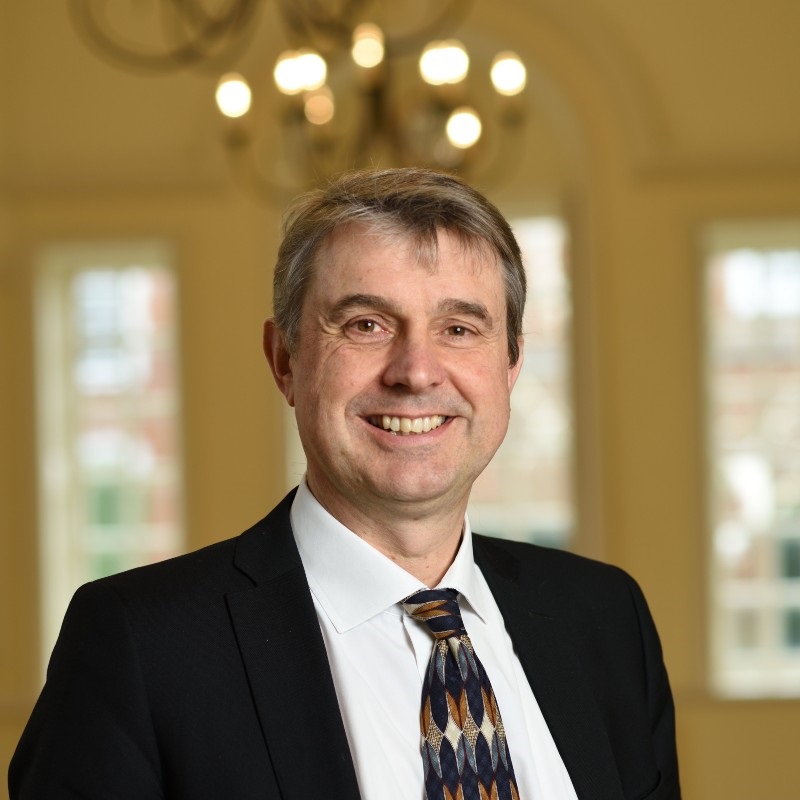 Christopher Lawrence was appointed as Bursar of Newnham College in April 2019 after 12 years as Bursar of Wolfson College, Cambridge. Before becoming a Bursar he worked in orchestral management with the BBC Symphony Orchestra and the Academy of Ancient Music, having previously worked in corporate strategy for the Prudential Corporation. He holds degrees from the Universities of Cambridge (Classics, Queens’ College) and Durham (Management Studies, Durham University Business School).

As Bursar of Newnham, Christopher is responsible for the College’s non-academic staff, the finances, and the estate; and his direct reports include the Domestic Bursar, College Accountant, IT Manager, HR Manager and Information & Support Manager. He is on a number of College committees and is Secretary of the College Council. In the wider University, he is a member of the Bursars’ Committee and several University and intercollegiate committees.

A keen musician, Christopher attended the Royal College of Music Junior Department, where he attained the ARCM diploma in tuba performance, and was a member of the National Youth Orchestra of Great Britain. Within the University, he manages the brass strand of the Instrumental Awards Scheme for Chamber Music (coaching the CU Brass Ensemble); is on the programming committee for the CU Musical Society; and auditions the low brass for the CUMS orchestras each year. Outside of the University, Christopher is closely involved with the Cambridge-based ensemble Prime Brass, and is the conductor of the brass band CSD Brass (Cambridge & Surrounding District).

Newnham College first used the term ‘Bursar’ in 1920, the office being known as ‘Treasurer’ before that. Here is a list of the office-holders by year of appointment: