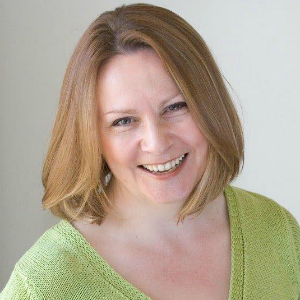 Bev Gafney was appointed as Human Resources Manager at Newnam College in April 2020 following 6 years working in a similar capacity for both Christ’s and Sidney Sussex Colleges in Cambridge. During the 7 years prior to that she worked as Personnel and Payroll Officer for Long Road Sixth Form College also in Cambridge, where some 25 years’ earlier she had completed her own A’ Levels. Bev gained her degree in London before spending a year in the US and returning to work in the UK Theatre industry, mainly in marketing and administration. In 2000 she completed a 2-year Post-Graduate Diploma in Human Resource Management through Anglia Ruskin University, gaining in the process membership of the Chartered Institute of Personnel and Development (CIPD) and completed a qualification with the Chartered Institute of Payroll Professionals (CIPP) a few years later.

As HR Manager at Newnham, Bev is responsible for ensuring that the College is at the centre of excellence in HR with a strong commitment to training and development at all levels. Bev works with the Bursar in taking the lead in developing and implementing HR strategies which ensure legal compliance and equality of opportunity and advises College Officers and Managers in the smooth and efficient operation of the HR function for all staff, both academic and non-academic at the College.

Bev studied music to A’ level at school and plays both violin and piano to grade 8 and Diploma level respectively (although she would freely admit that now she is nowhere near as good a player on either instrument as she once was!) Her abiding interest though has been in singing and as a Royal School of Church Music (RSCM) Bishop’s Award chorister in Cambridge, she sang in both Ely Cathedral and Kings College chapel on many occasions. As an adult, Bev has sung with a number of prestigious choirs including CUMS chorus under Stephen Cleobury, Mid Wales Opera and even successfully auditioned for both the Bach Choir under David Willcocks and the London Symphony Chorus but sadly was not able to perform with either due to work commitments. For the last 20 years she has sung with New Cambridge Singers, formerly under Chris Brown and now Graham Walker, and she describes it as a real pleasure, being an active member of such an accomplished choir.