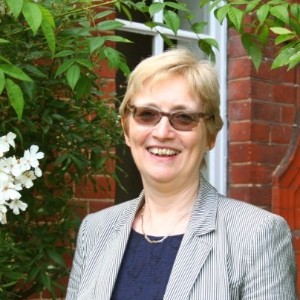 Alison Rose is Principal of Newnham College, joining us after a diplomatic career with a particular expertise in international relations in Europe.

Alison was born and grew up in Coventry and studied history at Newnham College (NC 1980), becoming the first in her family to gain a degree.

She was British Ambassador to Belgium from 2014 to 2019, one of a handful of dual (French and Dutch) language postings in the Foreign Office. She also served abroad in the British Embassy in Paris and the United Kingdom Permanent Representation to the European Union in Brussels and worked at the Foreign Office and Cabinet Office in London. Her particular expertise is international relations in Europe and the European Union. As well as her diplomatic career, she has wide experience of leadership in the British civil service in six other Government Departments, in policy and legislation on training, employment, transport, devolution, equality and heritage.

Alison has a lifelong interest in learning and development, and as Ambassador she saw and used the power of research in international relations, in solving problems and creating potential. She became Principal of Newnham College in September 2019 and is excited to lead this strong community of inspiring women making a recognised contribution to the world.