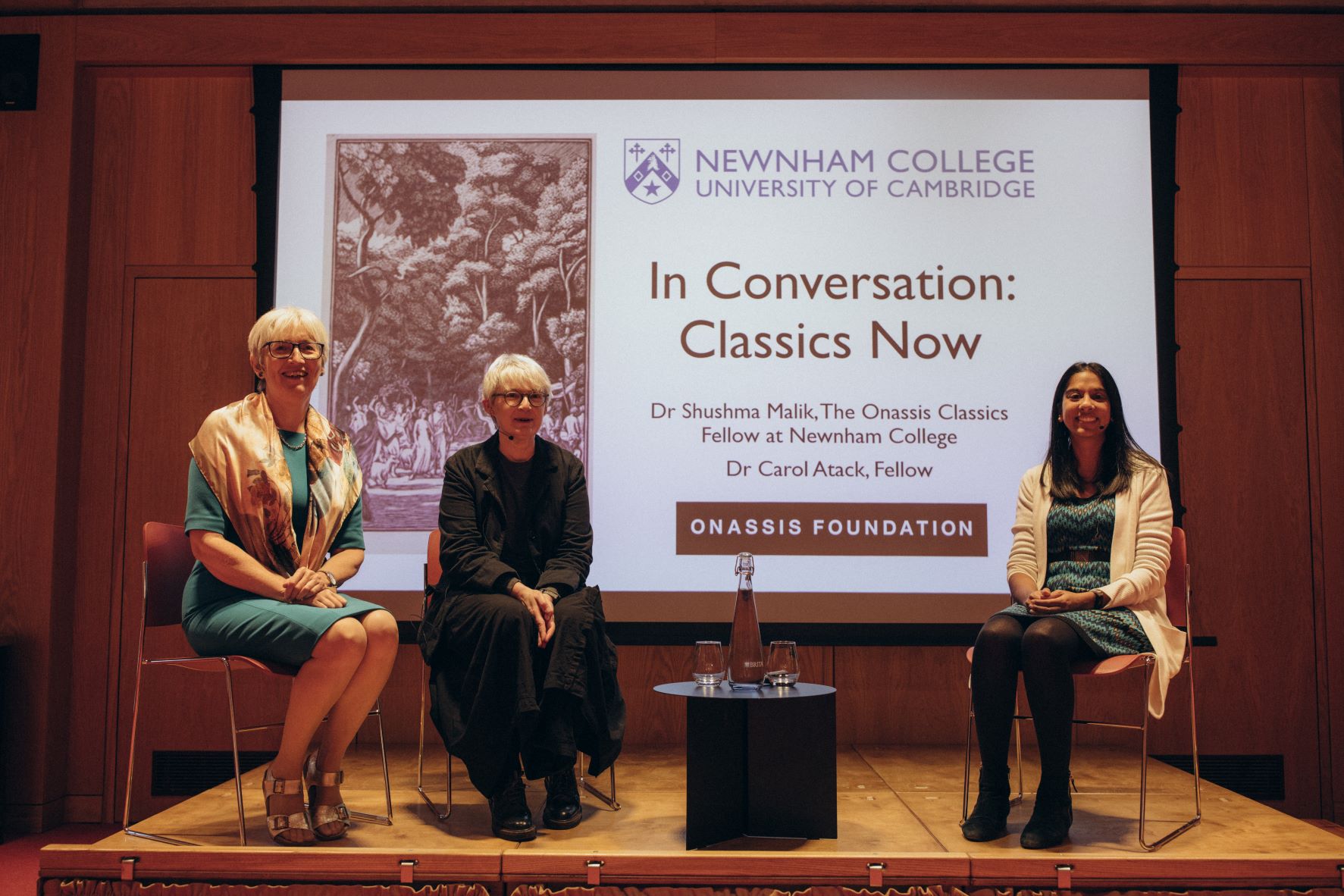 Fellows Dr Shushma Malik and Dr Carol Atack made a strong case for the contemporary relevance of Classics to help illuminate politics and culture, last month.

In the Newnham Conversations: Classics Now in Cambridge and Beyond event for alumnae, they explored the way that presidents and prime ministers are routinely criticised through comparisons with figures such as Nero; while others look to Athens’ participatory democracy for alternative ways of engaging citizens and legitimising regimes.

Shushma, who joined Newnham as the Onassis Classics Fellow this month, said: “Classics resonates in our modern discourse. I’m interested in how people interpret and transform a character we think we know in history in so many different ways.”

Her research interests include the roles of Roman emperors in eighteenth and nineteenth-century texts, and imperial historiography. Carol, who like Shushma is also Director of Studies for Classics, has research interests in the classical Greek political thought of Plato and Xenophon, history of democracy in antiquity, and the contemporary reception of ancient political concepts.

Applications to join the lively Classics community at Newnham continue to increase, with rising interest in the history and culture of ancient Greece and Rome thanks to the work of classicists and historians such as Newnham’s Professor Mary Beard. Undergraduates can take a four-year Classics degree if they have no Latin qualifications on application.

Newnham College, Cambridge, has launched the Onassis Classics Fellowship in order to secure an early career permanent position for the teaching of Classical Studies. The Fellowship is a result of a joint fundraising campaign between Newnham College and the Faculty of Classics. Donations have been made by Newnham alumnae and friends, along with a generous gift from the Onassis Foundation.