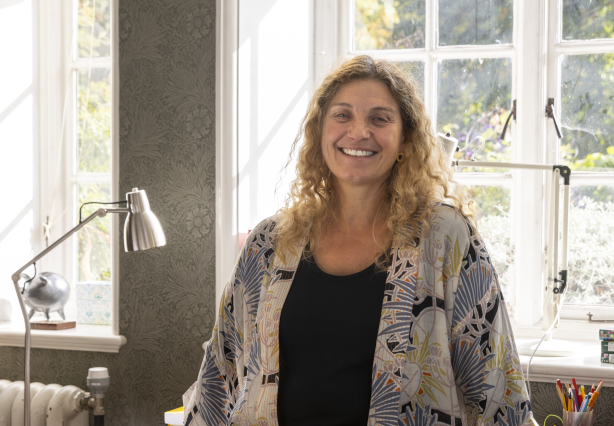 After celebrating 150 years of teaching, learning and research by women at Newnham, Professor Jenny Mander asks how the arts and humanities can contribute to making a better world.

Rightly, plenty of energy has been devoted to encouraging more women to study and work in the STEM disciplines. We would now do well to reflect seriously and collectively as to where this has left the arts and humanities. How do we ensure that these subjects don’t just become a decorative dimension of academic life – a ‘nice to have’ topping on the cake? This is a question that calls for old, even radical re-thinking about what we teach, how we teach it, to whom – or more to the point – with whom. It also calls for louder public advocacy for the arts and humanities to show why they are indispensable tools for twenty-first century global society and its plethora of so-called ‘wicked problems’.

While we need much greater public understanding of the social and indeed political value of the arts and humanities in broad terms, with modern (and ancient) foreign languages the case is particularly pressing.

Leaving the European Union has unquestionably had an immediate and adverse impact on language teaching and learning, particularly in making it harder to study abroad. But Brexit is arguably a symptom of a much longer story of decline in cultural and economic investment in modern foreign-language education. Current estimates predict that more than half of the world’s population is bilingual or multilingual. Stubborn monolingualism risks leaving Britain in the slow lane and not simply because the rest of the world does not in fact speak fluent (International) English. To think the problem can be solved by translation software is to overlook both the obstacles and the vital opportunities that are created by the social, philosophical and political differences between cultures.

In an address made by Anne Jemima Clough to students leaving College, Newnham’s first Principal emphasised that ‘the great advantage and power’ afforded by a university education ‘must not be separated from the power of observation + the capacity of living among others + having sympathy with them + being able to enter into their thoughts + feelings.’ This idea is even more relevant for our students today as we face the erosion of the post-war liberal international order, escalating climate change, unprecedented international migration and the culture wars that are raging in the social media and across university campuses, fomenting division not discussion, mutual suspicion not trust. It is an understatement to observe that we live in an increasingly polarised and socially fractured world. Never, perhaps, has it been more urgent for a college education to attend to the art as well as the science of intercultural dialogue. And – I would argue – teaching, learning and research in the diverse and relatively ‘undisciplined’ field of modern languages has a crucial role to play!

Learning a new language is a challenge; it is tough to be placed in the position of a newcomer – which is that of the refugee –, struggling to understand and to be understood. But that is an invaluable learning experience in and of itself. What is also often overlooked in the struggle to become fluent in another language is that greater proficiency doesn’t so much collapse cultural differences as bring ever more clearly into view that which is ‘untranslatable’ and therefore lost in translation. It is thus that we encounter through the study of other languages and literatures, past and present, not just new words but new worlds that challenge and surprise us, opening the strictures and structures of our own worldview onto a multiplicity of ways of being human. We are, of course, at our most vulnerable when we open ourselves up to others. Yet, it might be argued, it is only through such ‘exposure’ that we can discover our humanity and put ethics into practice. Let us not forget that the practice of hospitality – the most ancient code of international relations – is, by definition, the welcome of the stranger and not only of the friend.

‘Decolonising’ the university involves more than revising the curriculum, or welcoming more students and scholars from a wider range of geographies.

We have a moral duty to share the resources that we have accumulated; as importantly, we need to knock down the walls of the ivory tower so that we can listen attentively to the voices of those ‘outside’. If digital technologies are bound up with many of today’s challenges, the pandemic taught us all how they can also be used to connect with those both near and far. There is now the very real possibility of expanding the walls of the classroom and bringing much more of the world directly into our teaching, learning and research. Today, more than ever, we should explore creatively how the arts and humanities in general, and modern languages in particular can help fulfil this duty at both local and global scales.

Jenny Mander (NC 1983) is a member of the Faculty of Modern and Medieval Languages and Linguistics and in 2022 was appointed Professor of French Intellectual History and Intercultural Dialogue at the University of Cambridge, where she is also Co-Director of the Centre for the Study of Global Human Movement. She has been a Director of Studies and Fellow of Newnham College since 1990.