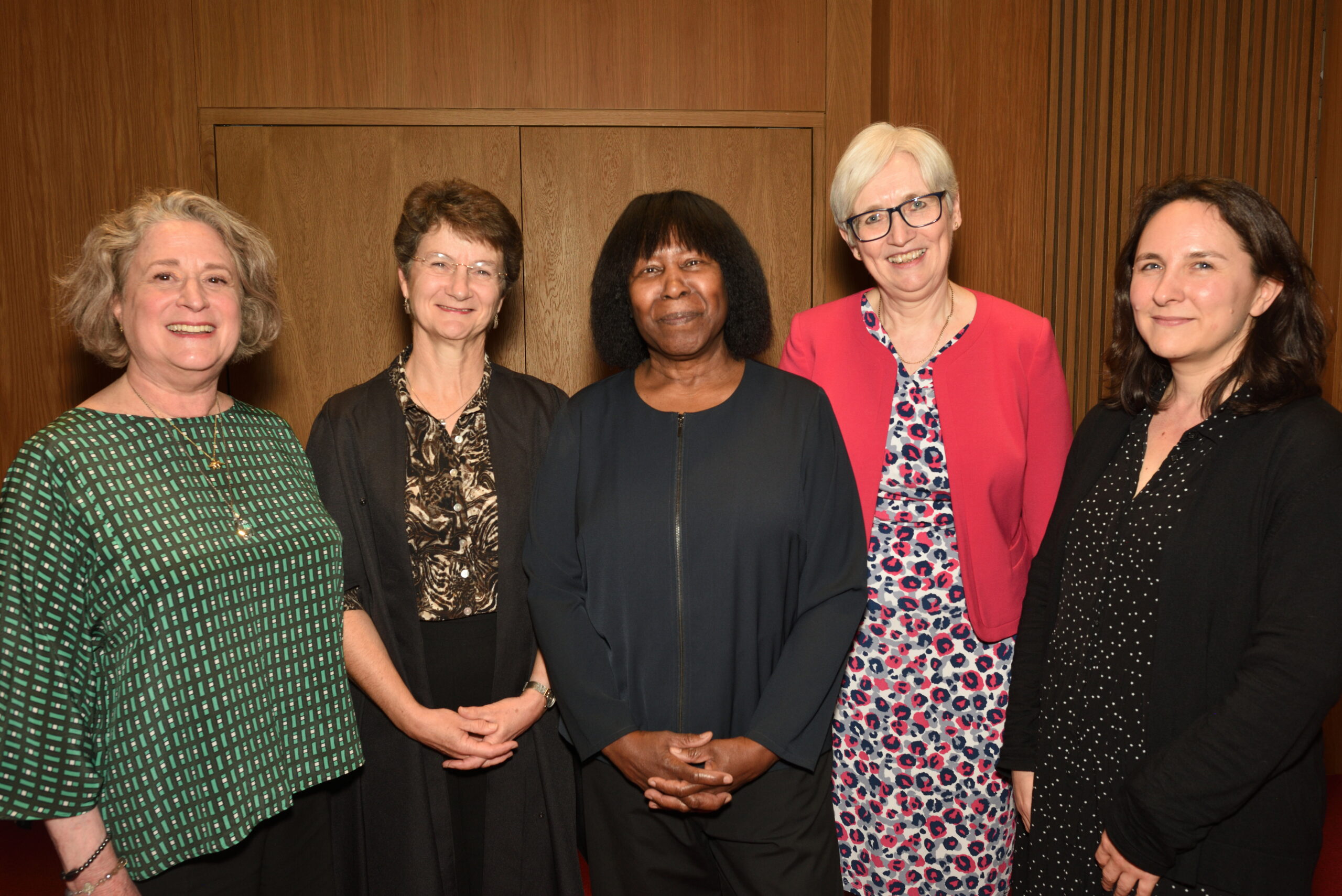 World-renowned singer-songwriter Joan Armatrading was formally inaugurated as an Honorary Fellow at Newnham College last week and cited her degree as her proudest achievement.

In a career spanning five decades, Joan has released 20 albums and won many accolades. Her musical career features countless gold and platinum discs and numerous awards, including the coveted Ivor Novello Award for Outstanding Contemporary Song Collection. Her contribution as an artist was recognised by the Queen with an MBE in 2001 and a CBE in 2021.

Amid a stella career in music, Joan found time to complete a history degree with the Open University. She said, “Achieving my OU history degree while studying on tour between gigs remains one of my biggest achievements so far,” she said.

Born in St Kitts in1950, Ms Armatrading moved to England aged seven, where she discovered her talent for music and started writing songs.

Among her many career highlights, Joan performed twice for the late Nelson Mandela. The first was for his 70th birthday during a concert at Wembley in 1988 to honour the former South African President. She then performed The Messenger, a tribute song that Joan wrote for Mandela, to the man himself in 2001.

Dr Delphine Mordey, Fellow and Director of Studies in Music, said: “We believe that Ms Armatrading embodies and lives the spirit of Newnham. Intellectually curious and focused on achieving her full potential, she is pioneering, inspiring, supporting and sharing.”

Delphine said she was struck by the strong self of sense Joan had even from a young age when she had to resist pressure to change her image and the way she dressed, or to play other people’s music.

What also came through was her commitment to her charity work with young people. In 2012, she launched a ‘Local Talent’ initiative, which saw her interview and choose 56 young artists for support slots on her nationwide dates. It led to an album of their work and BBC Radio 2 series, with several of the young musicians going on to solo success.

You can find out more and hear some of Joan Armatrading’s music on her website.