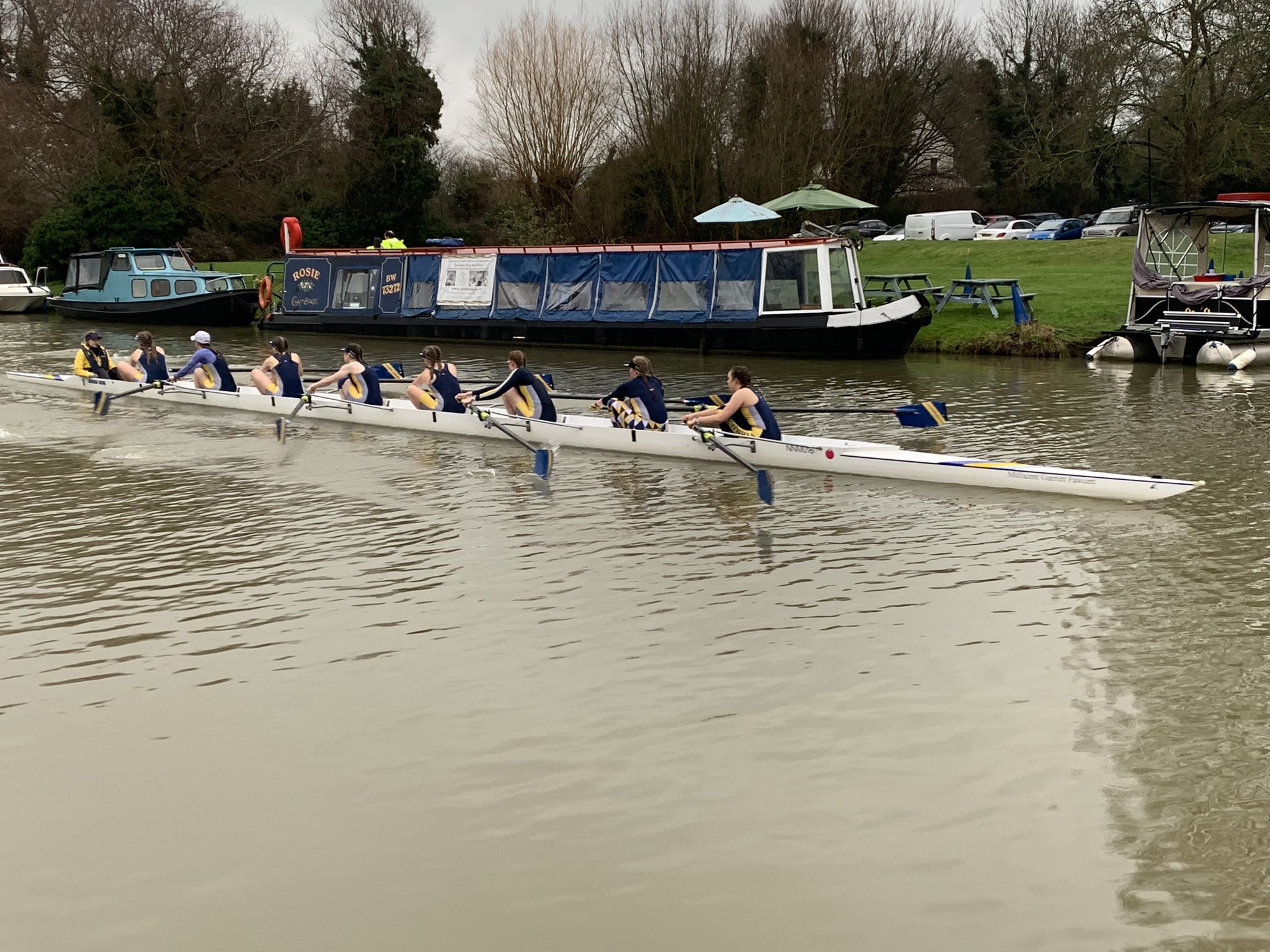 In another outstanding Lent Bumps, Newnham’s W1 reclaimed the title of ‘Head of the River’, while W2 and W3 gave strong performances in high divisions and remained unbumped.

This, the first Lent Bumps in two years, was always going to be a tense fight. Newnham W1, who were Head of the River in 2019, had lost their headship to Downing in a tough 2020 Bumps, before the pandemic paused Bumps for a year. However, Newnham is known as a outstanding rowing college, with strong crews rowing at every level, and the expectations were high from both spectators and participants.

Newnham’s W1, the first boat, began the races behind both Downing and Jesus Colleges. With adrenaline flowing through their veins, they surged to victory on Day 2, bumping Jesus W1. Day 3 would see saw the valiant fight for headship against Downing – another excellent crew. The NCBC report recalls, “the row up to marshalling was chonky (like a Labrador), strong and intimidating.” Downing made a powerful start, and fought a long, hard battle to stay ahead. However, clever coxing and a strong W1 crew meant that Downing eventually gave way. Days 4 and 5 saw the demand for Newnham to row over each day, as Downing desperately tried to reclaim the title. Excited commentators on CamFM described Newnham and Downing as ‘being in a division of their own’.  Jesus W1, meanwhile, had little chance of bumping Downing, and were in danger from a strong surge from Emma W1. The eventual order was Newnham W1, Downing W1, Jesus W1, Emma W1.

Second boat, Newnham W2, rowed in division 2, alongside many colleges’ first boats: a testimony to their historic strength. Day 1 saw a strong start and a relaxed and composed crew throughout, resulting in a row over. Day 3 was not dissimilar: the crew was on Corpus Christi’s tail throughout, but a strong Corpus continued to pull away. Day 4 saw another row over, with elegant coxing as boats struggled to clear the river after bumping. Throughout, Hughes Hall W1 had been rowing very strongly, nearly bumping W2 on more than one occasion: the two crews developed a respect and friendship for each other. After three days of row-overs, many crews might have been dispirited going into Day 5, but W2 showed their mettle, and this would be the long-awaited bump. In a moment of high drama, Jesus W2 went down to Newnham W2, just as Hughes Hall hoped to bump Newnham W2 themselves. W2 ended Lent Bumps as second W2 on the river, just behind Emma W2.

Newnham W3 were not to be outdone in either results or drama! For a new crew, this Lent Bumps was an exciting challenge, particularly rowing in division 3, among many colleges’ second boats. They opened strongly on Day 1, with a bump to Clare Hall. Day 2 saw a strong performance chasing Trinity Hall, but the race ended in a row over. Day 4 saw a tight race among three closely matched crews, with whistles for Sidney Sussex W2 (behind) and Trinity Hall W2 (ahead). However, the crew kept their heads, continued to row strongly, and succeeded in a row over. All was rewarded on Day 5, when W3 successfully bumped Trinity Hall W2, resulting in two bumps and two row-overs.

The atmosphere for the W3 crew is best summed up in the words of Thimani Bakhai, Crew Captain, “Slowed the rate down, and we were flying. One whistle, two whistles, three whistles, POWER NOW, continuous whistles and BUMP!! (All in the space of 15 strokes). A quick hold it up and park on the towpath, where we all finally broke out of race mode and screamed in shock and delight. We had bumped!” 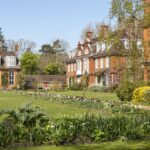 From code-breakers to playmakers: our 150th Anniversary Festival has it all.
May 20th, 2022

Isobel Akerman is a first-year PhD student at Newnham, specialising in environmental history and historical geography.…