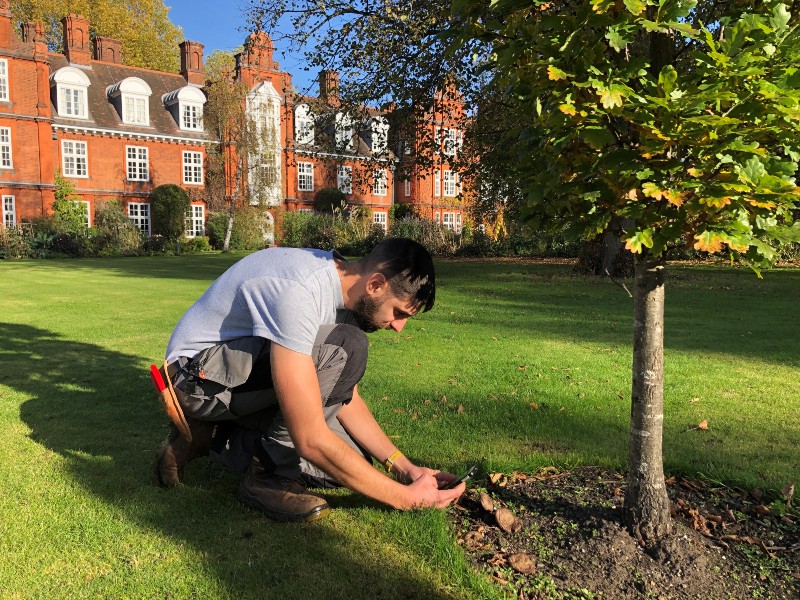 Gardener Jerome Viard explains how Newnham is identifying and recording the wealth of species on Newnham’s spacious site.

Jerome Viard learnt about the importance of biological observation while working on the island of South Georgia, where he sharpened his eyes spotting invasive species.

When he explored the island, his scientist colleagues asked him to log his observations so that any alien invaders could be tracked and eradicated. They used popular science app iNaturalist, which enables the public to record, identify and locate biodiversity.

“I got hooked,” Jerome explained. “I started recording everything I could see. It’s such an amazing app – like Pokemon Go except for real things. Everyone does their bit, and at the end the scientist can draw their conclusions from the data.”

When Jerome left South Georgia for the slightly less wild stretches of Newnham College, he brought his love of biodiversity monitoring with him.

“When I arrived here, I mentioned iNaturalist to Lottie [Collis, Head Gardener], and she loved the idea,” he told us. “We have a kind of friendly competition about who could feature the most animals and plants.”

Jerome created an iNaturalist project for the College, visible at https://www.inaturalist.org/projects/newnham-college-inaturalists. By just taking photos and uploading them to the app, we can all add to the knowledge about the diversity of wildlife and wild plants in our grounds.

So far, contributors have observed 127 species across the Newnham College estate, with 164 observations from 17 people. Jerome and Lottie want to encourage everyone with an interest in the natural world to contribute.

They stress that you don’t need to be able to identify a species in order to add it to the project: the app’s AI will work to make a provisional identification for you – or you can just leave it as ‘fungi’, ‘plant’, etc. More experienced naturalists can categorise it for you, at which point it will be labelled as a ‘research grade (RG)’ identification.

To contribute to the Newnham College iNaturalist project 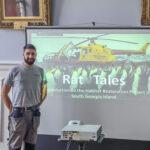