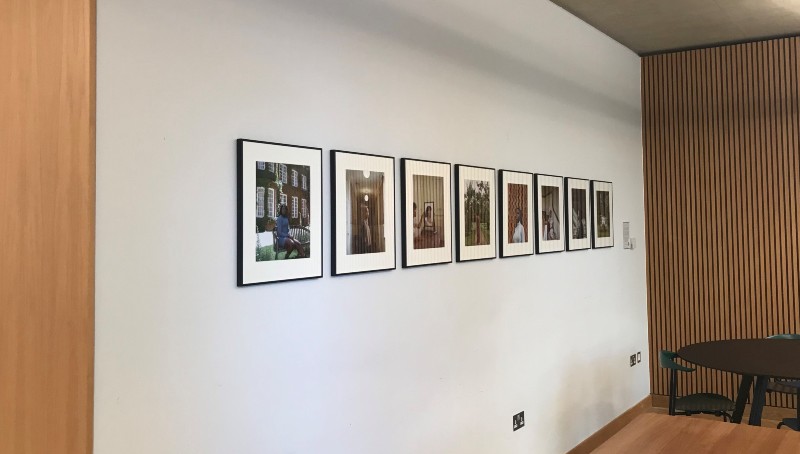 To mark Black History Month and the College’s 150th Anniversary, a group of students commissioned award-winning Barbadian-British documentary photographer Myah Jeffers to create an exhibition of portraits of Black students.

Newnham student Oluchi Ogochukwu, the originator of the project, said, “At present there are very few portraits of students or of Black individuals on display in College. We wanted to explore Newnham’s history, our present, and how Newnham could look in the future.”

The students worked with Newnham’s Curator Laura Dennis to take the commission forward. As a women’s college, Newnham has always been distinctive among the Cambridge colleges in that the majority of portraits that line the walls are of women. These range from historic pictures by artists such as Augustus John and Lucy Madox Brown, to modern portrait sculpture by Gertrude Hermes and Gillian Wearing.

The choice of photographer Myah Jeffers was an important one as her artistic practice focusses on individuals or groups who work to tackle societal issues or causes. She has a particular interest in “how race, culture and identity inform people’s lived experiences and how they present themselves to the world.”

Myah grew up in Barbados and moved to the UK when she was 16. Her work has been featured in a host of publications, including The Guardian, The Sunday Times Magazine and in collaborations with  institutions such as The Tate and Somerset House. Myah was also shortlisted for the BJP’s Portrait of Britain award in 2019 with an image of babirye bukilwa.

Myah explained her approach to the commission: “My starting point was interrogating the composed nature of traditional academic portraiture and then subverting that in a way which felt true to the contemporary nature of the project and of highlighting the individual. For me, the idea of having these portraits exhibited in such a space felt really radical – moving from traditional portraiture’s celebration of achievement over actual existence. Visually, the portraits are simple and somewhat formal in their composition – but it’s a project which represents so much and its momentous nature gives each portrait gravitas.”

This new exhibition “is an important addition to the College’s art collection, and we are delighted with the thoughtful and contemporary approach that Myah Jeffers brought to these portraits” explains Laura. “The art collection at Newnham has always been intended to uplift and inspire the students within the College walls, and this new portrait series will be the first time that portraits of students are displayed in addition to such distinguished figures as Prof Dame Mary Beard, Rt Hon Diane Abbott (an alumna) and Jane Goodall (an Honorary Fellow). The commission is a step towards portraiture displays that better represent Newnham College today.”

The Chair of the VPC, Dr Judy Quinn, said “The Black Lives Matter movement has had a profound effect on our culture. This display marks Newnham’s commitment to diversity and our engagement with students promoting the college as a place where women from all backgrounds can thrive academically.”

The last words go to Oluchi: “In the wake of the Black Lives Matter movement, students and staff have been collaborating to better support people of colour at Newnham, and it has been even more important that Black students feel connected and cohesive as a community. This project will help us better represent and celebrate the values and true diversity of the College in its anniversary year, to make visible, to celebrate and to take up space. Being a Black student at Cambridge can still often feel ground-breaking to those outside of the University, Our aim is to challenge possible inaccurate preconceptions of what a successful, scholarly student looks like today.”

The portraits will be on shown at the College in the Iris Café during Black History month from the start of October 2021 and throughout the Anniversary celebrations, including the 150th Newnham Festival (2 & 3 July 2022), and beyond. 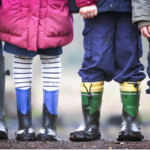 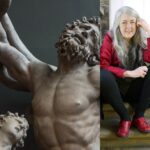 “Classics is about the future as much as the past”: to mark Prof Mary Beard’s upcoming retirement a new Classics Fellowship will secure her profound legacy
October 13th, 2021