For over 30 years, Professor Fiona Gilbert has shaped NHS policy on breast cancer screening. Her research balances clinical outcomes, effective use of resources and women’s experience of the process.

She explores the developments we’ve seen over her career, and the new developments she anticipates. Will Artificial Intelligence (AI) be reading our mammograms in the near future? 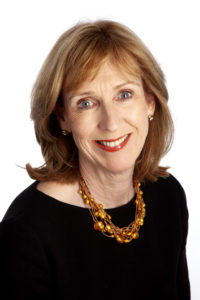 Fiona’s career path was shaped partly by an accident of timing. After graduating in medicine from Glasgow University, she moved up to Aberdeen to train in radiology. Meanwhile, down in London, Mr. Kenneth Clarke, the then Minister of Health, convened an expert committee to report on the effectiveness of screening for breast cancer. The result was a national screening programme.

And, with Fiona ready to take on her first consultant’s post in 1989, “that was what the job happened to be.” Her task was to set up the first screening programme in Aberdeen and Grampian, “but I’m quite research focused anyway, so I was curious about the things we could do to improve what we were delivering.”

This was to be the start of a career uniting clinical work with research, and one that would shape both the NHS’s policy on screening, and policies further afield. She was appointed as Head of Department of Radiology at the University of Cambridge in 2011 and is a Professorial Fellow of Newnham College.

Today, Fiona leads on global collaborations around the benefits of breast screening, translating research to a UK national context.

Fiona looks back on her career set against the backdrop of huge advancements in technology. “When I arrived at the Addenbrookes Breast Unit, I was leading a trial evaluating a new piece of equipment – tomosynthesis.”

Tomosynthesis is a 3D technique for X-raying breasts, and one that looks highly promising. She explains, “Tomosynthesis does increase the number of cancers we detect, and reduces the number of people that we’re calling back inappropriately. So it has the unusual effect of increasing sensitivity and increasing specificity. We’re doing a big randomised trial, the Prospects study, inviting 100,000 women and randomising them to either a standard X-ray (mammography) or a 3D X-ray (tomosynthesis). This new research programme is restarting after being paused due to Covid but we hope to show we will reduce recall rates and improve cancer detection”.

About ten years ago, the move to digital mammograms was a breakthrough in breast cancer detection. Readers could manipulate the contrast of the digital image to better see ‘hidden’ cancers. The next step was Computer Aided Detection (CAD).

Fiona led a trial on CAD ,recruiting 30,000 women, which showed that one person reading an x-ray using CAD could find as many cancers as the standard of care of two readers. However, she found that the reader using CAD was calling more patients back unnecessarily. The decision was not to adopt CAD in the UK, while the USA and many other countries did.

Was this a mistake? Probably not, Fiona explains: “recent evidence showed that CAD reduced the performance of some of the radiologists. It’s a complex issue and the readers become over-reliant on the prompts.”

A vision for the future

Fiona’s vision is for increasingly targeted breast screening. We know a good deal about the risk factors for breast cancer, and should be able to use this to personalise screening.

For some, this might mean far reduced screening: “if a woman is at very low risk, and at least 20% of the population are at very low risk of developing breast cancer, it would be fantastic to identify them and say ‘you don’t need to come for screening’,” Fiona explains.

“like looking for a white fox in a snowstorm.”

One particular risk group is women with dense breast tissue: one of Fiona’s current trials investigates a potential new approach for these women. (The trial, funded by CRUK, is named BRAID: Breast Screening – Risk Adaptive Imaging for Density.) People with dense breast tissue are at slightly increased risk of breast cancer, but mammograms struggle to pick up small cancers in the dense tissue. On the mammogram, both the dense breast tissue and the cancer appear white, making it difficult to see: Fiona describes it as “like looking for a white fox in a snowstorm.”

Women with dense breast tissue therefore need an additional imaging test. MRI screening is the most sensitive test, currently offered to women with particularly high risk factors, such as those with BRCA genes. In the hope of extending MRI screening to more women, Fiona’s team are testing a much faster form of MRI examination (reliable, faster, cheaper), whole breast ultrasound and contrast mammography (dye is injected into the blood stream and then the mammogram is taken) and comparing which of these three tests is best for women.

“the advantage of being at a Cambridge college is that you meet colleagues from completely diverse backgrounds, working in different fields, and being part of that community really broadens your thinking.”

For Fiona, Newnham College  has been a “hugely supportive community”. She explains, “the advantage of being at a Cambridge college is that you meet colleagues from completely diverse backgrounds, working in different fields, and being part of that community really broadens your thinking.” Indeed, she’s made Newnham a place for support for the broader community of women medical researchers in Cambridge: she and Alison Rose hosted the first Clinical School Women Professors’ dinner at the start of this year.

In May, Fiona presented a virtual academic taster session for Year 12 students, live from Addenbrookes Hospital. She discussed potential uses of Artificial Intelligence in Medicine, focusing especially on radiology, and then answered questions submitted live by attendees. This formed part of Newnham’s virtual Rosalind Franklin Conference, created in an effort to continue the College’s valuable outreach work during the COVID-19 pandemic.

We are looking forward to showcasing the incredibly valuable work and communities within Newnham as we look towards our own programme of 150th Anniversary events, spanning all the disciplines and concerns the modern world brings us.

And if reading this article has made you worry about your own breast health, Fiona’s advice is clear. Anyone with concerns should visit their GP: “the GPs are fantastic, extremely well-trained, and will refer people to a breast clinic if they think there’s an issue.”