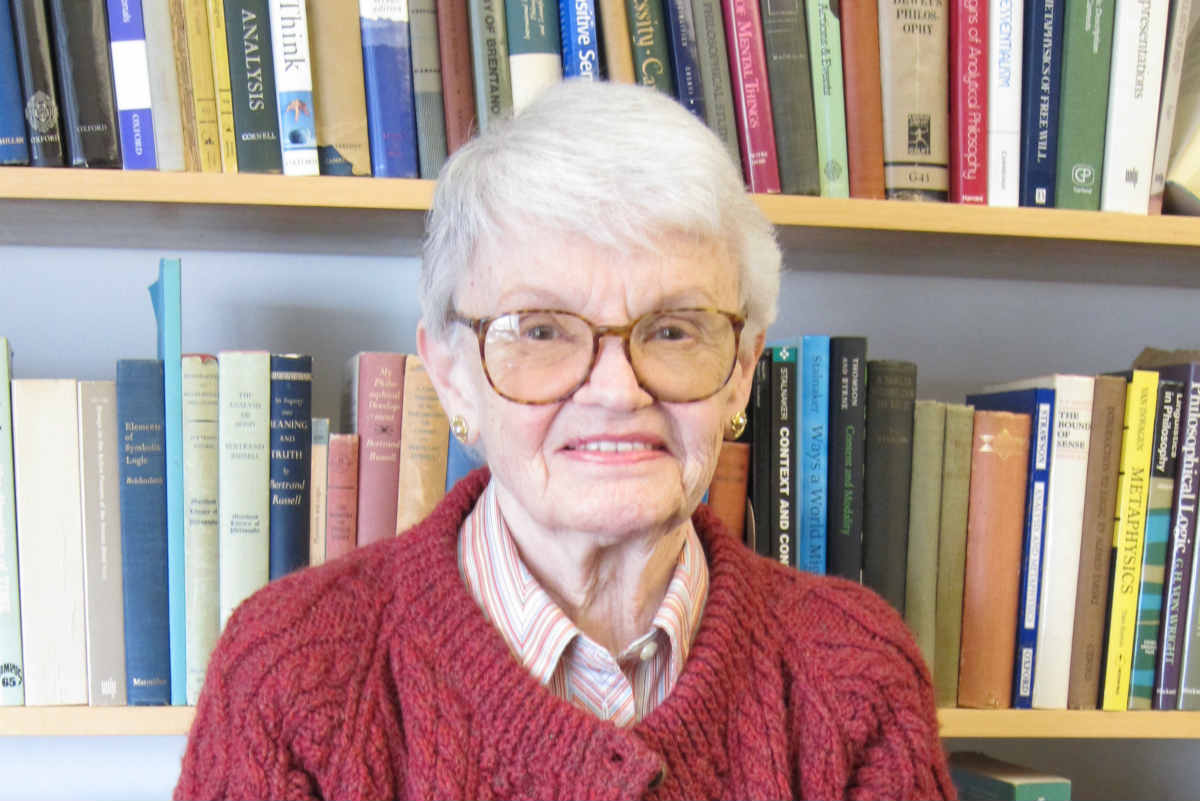 Professor Thomson (NC 1950) was made a Doctor of Laws, and eight other highly influential individuals also had honours conferred on them, during the 365th Commencement ceremony for Harvard’s Class of 2016 on May 26.

Oscar-winning director Steven Spielberg, Doctor of Arts, was the principal speaker at the event.

Professor Thomson is known for employing “thought experiments” to tease out philosophical points; one of these underpins her landmark 1971 essay, “A Defense of Abortion,” which examines a pregnant woman’s right to control her own body (as opposed to focusing on the status of a foetus).

She said she was ‘amazed’ to have been chosen to receive the Honorary Degree.

She was also awarded an Honorary Degree from the University of Cambridge last year – Doctor of Letters – in recognition of her renowned body of work. A celebratory dinner was held at Newnham to mark the occasion last summer.

Her book The Realm of Rights (Harvard, 1990) probed the meaning of the concept of a right as the basis for a systematic theory of human and social rights.

Thomson has also probed such challenging issues as assisted suicide and preferential hiring.

Many of her important essays appear in Rights, Restitution, and Risk: Essays in Moral Theory (Harvard, 1986).

The degrees were conferred in the following order on: