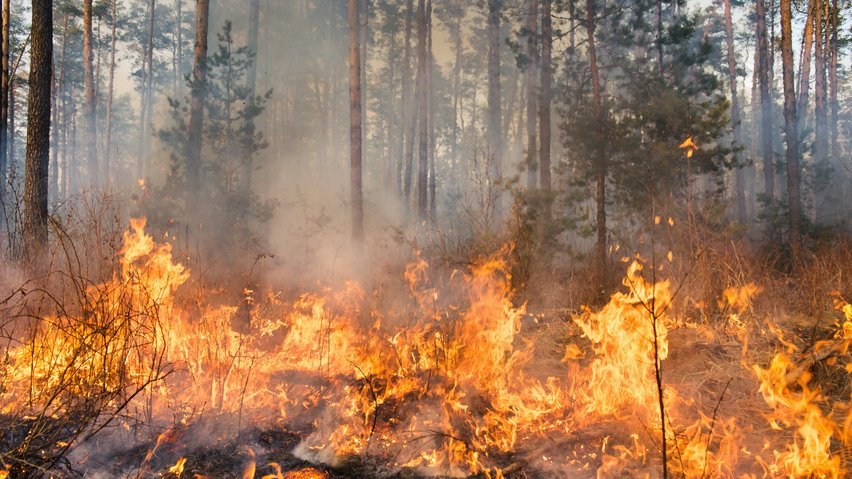 Planting trees and suppressing wildfires do not necessarily maximise the carbon storage of natural ecosystems. A new study has found that prescribed burning can actually lock in or increase carbon in the soils of temperate forests, savannahs and grasslands.

The finding points to a new method of manipulating the world’s natural capacity for carbon capture and storage, which can also help to maintain natural ecosystem processes. The results are published today in the journal Nature Geoscience.

“Using controlled burns in forests to mitigate future wildfire severity is a relatively well-known process. But we’ve found that in ecosystems including temperate forests, savannahs and grasslands, fire can stabilise or even increase soil carbon,” said Dr Adam Pellegrini of the University of Cambridge’s Department of Plant Sciences, first author of the report. Dr Pellegrini is College Lecturer and Director of Studies at Newnham.

He added: “Most of the fires in natural ecosystems around the globe are controlled burns, so we should see this as an opportunity. Humans are manipulating a process, so we may as well figure out how to manipulate it to maximise carbon storage in the soil.”

Fire burns plant matter and organic layers within the soil, and in severe wildfires this leads to erosion and leaching of carbon. It can take years or even decades for lost soil carbon to re-accumulate. But the researchers say that fires can also cause other transformations within soils that can offset these immediate carbon losses, and may stabilise ecosystem carbon.

Fire stabilises carbon within the soil in several ways. It creates charcoal, which is very resistant to decomposition, and forms ‘aggregates’ – physical clumps of soil that can protect carbon-rich organic matter at the centre. Fire can also increase the amount of carbon bound tightly to minerals in the soil.

“Ecosystems can store huge amounts of carbon when the frequency and intensity of fires is just right. It’s all about the balance of carbon going into soils from dead plant biomass, and carbon going out of soils from decomposition, erosion, and leaching,” said Pellegrini.

When fires are too frequent or intense – as is often the case in densely planted forests – they burn all the dead plant material that would otherwise decompose and release carbon into the soil. High-intensity fires can also destabilise the soil, breaking off carbon-based organic matter from minerals and killing soil bacteria and fungi.

Without fire, soil carbon is recycled – organic matter from plants is consumed by microbes and released as carbon dioxide or methane. But infrequent, cooler fires can increase the retention of soil carbon through the formation of charcoal and soil aggregates that protect from decomposition.

“In considering how ecosystems should be managed to capture and store carbon from the atmosphere, fire is often seen as a bad thing. We hope this new study will show that when managed properly, fire can also be good – both for maintaining biodiversity and for carbon storage,” said Pellegrini.

The study focused on carbon stored in topsoils, defined as those less than 30cm deep. More carbon is stored in the world’s soil than in the global vegetation and the atmosphere combined. Natural fires occur in most ecosystems worldwide, making fire an important process in global carbon cycling.

This research was funded by the Gatsby Charitable Foundation.