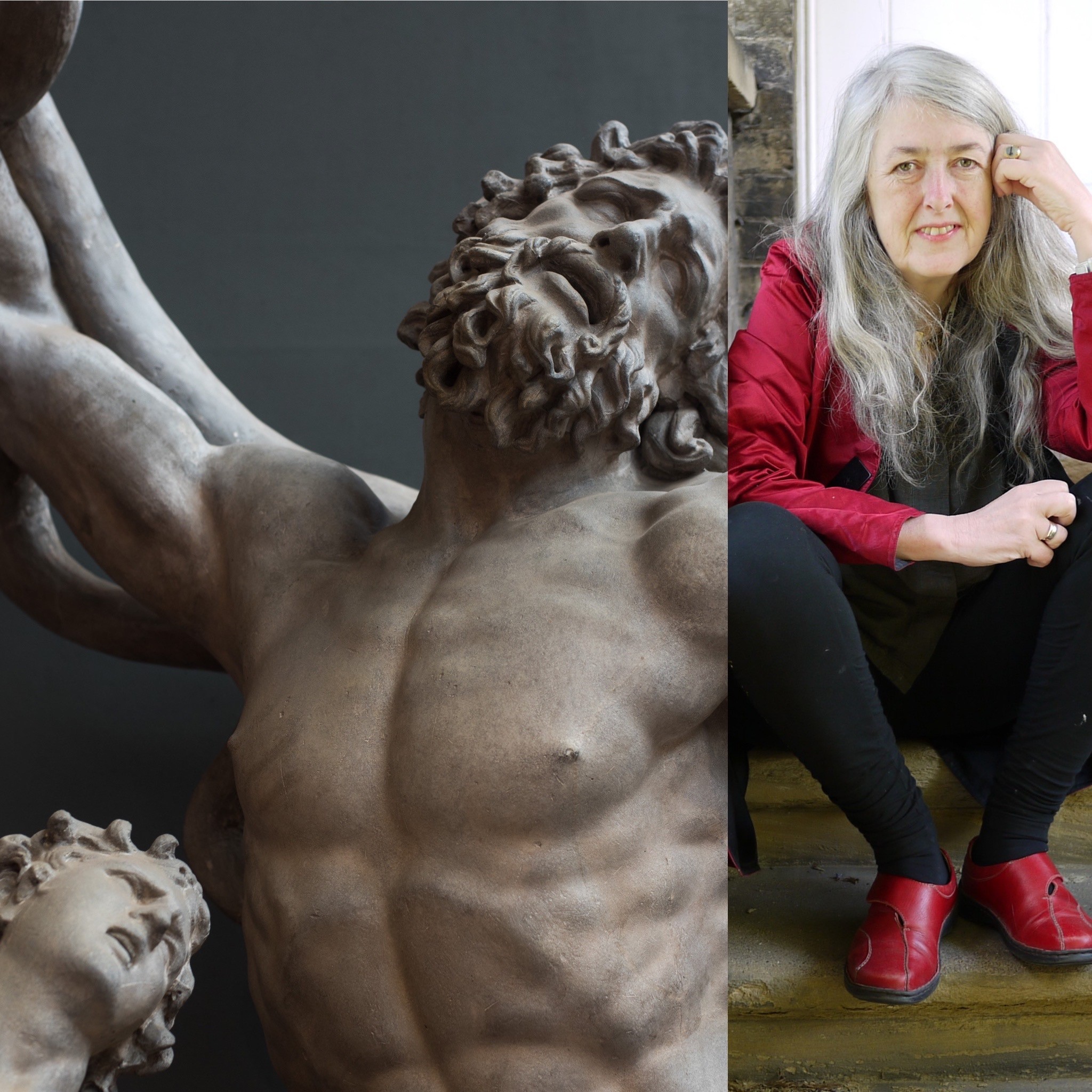 In 2022 Prof Mary Beard will retire after almost 40 years as a Classics Fellow at Newnham and we are delighted to announce that her legacy and the future of Classics at the College has been secured, with a new fully-funded Classics Fellowship.

This Fellowship, to be known as the Onassis Classics Fellowship at Newnham College, is a result of a joint fund-raising campaign between Newnham College and Cambridge University’s Faculty of Classics. Generous donations have been made by Newnham alumnae and anonymous donors, and the funding target has been reached as a result of a large gift from The Onassis Foundation.

The Onassis Classics Fellowship secures a permanent position for the teaching of Classical Studies to continue the great tradition of teaching, research, and taking Classics out into the wider world, that goes back more than a century.

One of Britain’s best-known classicists, Prof Mary Beard has brought Classics to an audience of millions across the globe through numerous history programmes for the BBC, media appearances and published works. Her long and distinguished academic career follows a long line of illustrious women in this field and an established tradition of teaching Classics at Newnham College. Jane Harrison, described by Mary as the first woman academic in England, revolutionised the study of Greek art and religion over a century ago, including lecturing to thousands. The women who followed her at Newnham have been equally influential, from Joyce Reynolds, one of the world’s leading ancient historians, and Mary’s own teacher, to Professor Pat Easterling, the first female Regius Professor of Greek.

Mary said, “I have been privileged and proud to have been associated with Classics in Cambridge, and at Newnham in particular, since I came up as an undergraduate in 1973. Classics is a subject that is as much about the future as it is about the past, and we need it now more than ever. Newnham has a long tradition of cutting-edge research in Classics, combined with a huge impact in public engagement going back to the nineteenth century, with the Classical revolutionary and celebrity Jane Harrison. I am over the moon that this will be able to continue and thank those who have made it possible from the bottom of my heart.”

Professor Robin Osborne, Chair of the Faculty of Classics at Cambridge University, adds, “The legacy of Mary Beard and her illustrious predecessors can now be continued thanks to this wonderful donation. The new post will increase the number of established University posts in Classics for the first time for many years and allow the Faculty to extend its coverage of the subject in new and exciting ways. Not only does the Onassis donation secure the future of the subject in Newnham, but it will also help the Faculty to underpin new teaching at Masters level. The number of MPhil students has doubled from c.30 to over 60 in the space of four years, so it could not come at a more welcome time.”

Onassis Foundation President Mr. A. Papadimitriou noted, “We are happy to be supporting the exceptional, internationally-acclaimed, and long-standing work being done in Classical Studies at the University of Cambridge, an institution that has sustained such distinguished professors as Mary Beard and Pat Easterling. With this fellowship, the Onassis Foundation is assisting Newnham, a women’s college, to preserve and expand Classics teaching and research around the world. Since diversity, equality, and inclusivity are among its prime concerns, the Foundation is also investing in this partnership as a means of bolstering and highlighting the value of women’s ongoing contributions to the academic sector.”

Alongside this Fellowship, The Onassis Foundation has also promised ongoing funding to support postgraduate Classics students at Newnham College at a time when demand for postgraduate study in Classics is massively increasing.

Newnham, as a college long committed to diversity and equality of opportunity, is delighted to remain in the forefront of new initiatives in Classics. Mary Beard herself has created two scholarships for UK Classics students from under-represented backgrounds. These new studentships will enable more diversity among those studying the subject at the University.