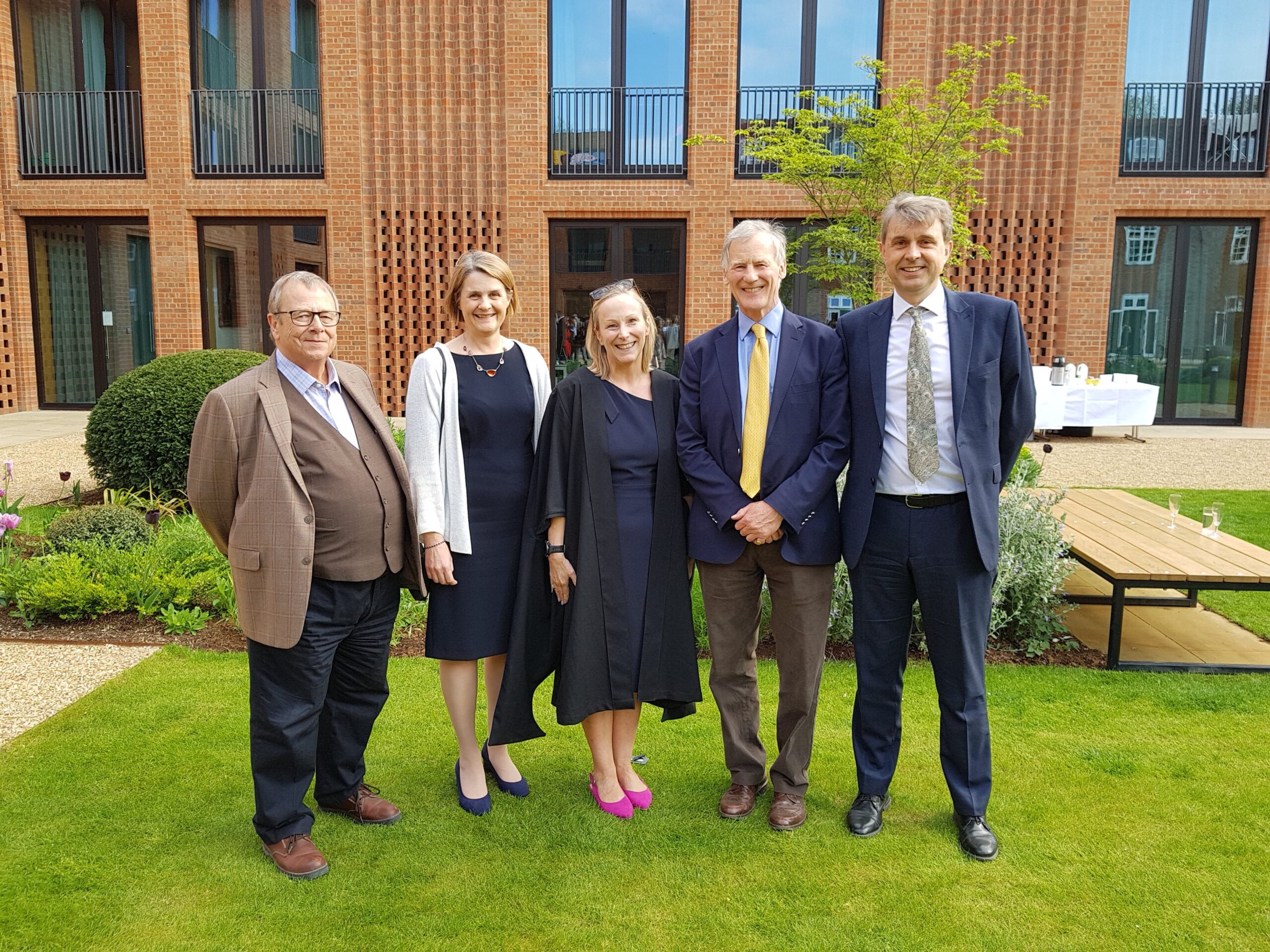 Ian Du Quesnay, Bursar of Newnham College 2002-2014, died on 12 October aged 75, after a relatively short illness which he bore with his usual stalwart humour. Here our present Bursar, Christopher Lawrence, looks back on his career.

Ian came to Newnham as Bursar having been the Senior Tutor of Jesus College for a decade, a rare (and possibly unique) example of such a transition. A natural manager, organiser and problem-solver, Ian was of course a Classicist at heart, having arrived in Cambridge from the University of Birmingham in 1983 to take up a University Lectureship in Classics as well as a College Lectureship at Jesus, where he became Director of Studies in Classics for 15 years. He was a specialist in Latin poetry, publishing on Virgil, Ovid, Horace and in particular Catullus (co-editing the Cambridge Companion to Catullus). He continued his academic research, writing and collaboration into his retirement.

At Newnham, and in the wider Bursarial community, Ian made a big impact. I first met him in 2007 at a meeting of the Bursars’ Committee, where he stood out as an effective contributor. He was the Bursarial representative on a number of University and Intercollegiate committees, and was a member of the University Council for a period. He had a particular interest in significant IT projects, representing the Bursars at the birth of CamCORS (generally deemed a big success) and CamSIS (a source of much frustration), as well as playing a leading role on the Colleges’ Administrative Software Consortium (CASC), especially driving the Rooms Management System (RMS, a source of much pride).

Here at Newnham he oversaw the completion of several major building projects including the final (somewhat problematic) stages of the Horner Markwick extension of the Library and the new Kitchen/Buttery, as well as the building of the Clare Road flats and the purchase of the Grange Gardens flats. His final project was to set in train the process that would lead to the replacement of the Strachey Building with the Dorothy Garrod Building, the official opening of which he attended in 2019 (as pictured in the accompanying photo).

After his retirement in 2014, Ian was awarded Privileges of a Fellow Emerita and he continued to keep in touch with the College, coming in for lunch from time to time and offering his support to his successors in the office of Bursar. It was only Covid-19, and then his illness, that kept him away in the final two years of his life.

His many other contributions to Newnham were numerous, and he is remembered fondly by those who had the privilege to work with him and to enjoy his company and wide-ranging conversation.

Ian Mark Le Mercier Du Quesnay was born on 25 April 1947, and died on 12 October 2022. He is survived by his wife Heather and their two daughters Anna and Eleanor, and a grandson Charles.