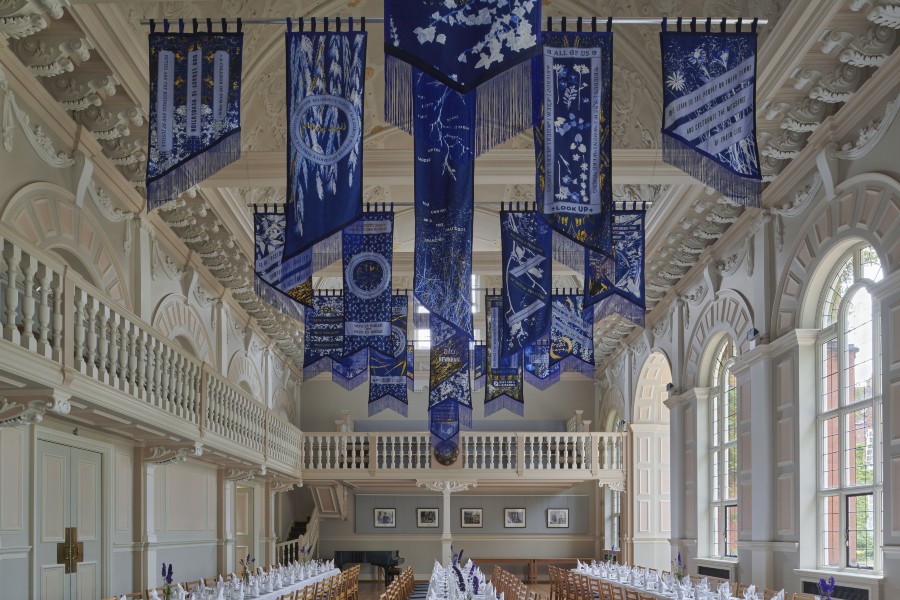 To mark its 150th Anniversary, Newnham commissioned a work of art by artist Erika Tan.  ‘A Legacy for a Future Unknown’ comprises banners hung from the ceilings of College Hall and a series of decorative plates. A third element, a moving-image work, will complete the art installation, which will be officially launched during Michaelmas term 2022.

Newnham’s art collection began in the earliest days of the College, and continues to grow through gifts and benefactions, acquisitions and commissions. Paintings and prints, ceramics, textiles and sculpture are displayed throughout Newnham’s buildings, creating a distinctive backdrop to College life. This new art commission was funded through the Eleanor Lee Fund, a legacy from a Newnham alumna who wished the college to be able to commission and purchase new works by contemporary artists.

Erika Tan’s approach to the commission was to create a work of art specific to Newnham through a process of collaboration and engagement with the College community, alongside research into the College history and site. Her artwork includes texts contributed by College members and imagery drawn from the gardens and architecture. Erika took inspiration from other works in the College art collection, while also referencing key works of feminist art and pioneering women artists.

Professor Judy Quinn explained, “The idea of a blueprint that is unique to Newnham underlies the Commission and is reflected in the images drawn from the archives, the patterns derived from flora — pressed from the Newnham gardens and rendered in the style of cyanotypes — as well as in the texts drawn from the College community that decorate the banners. The banners, themselves an echo of the iconic College banner that used sometimes to hang in Clough Hall, are a temporary installation to celebrate the 150th Anniversary, after which they will be dispersed around the College, some of them nonetheless reappearing in the hall, hung from the balconies on milestone occasions such as Matriculation and Graduands’ Dinners. On these occasions another element of Erika’s Commission will be on display: decorated plates that welcome us to the table and prompt new conversations around the table. In this way Newnham’s established custom of living with art, in our rooms, in our public spaces and in our halls, is extended and enhanced.”

At first glance, Erika’s decorative plates may be seen as typical commemorative objects. Indeed, Newnham’s collection includes historic ‘collectable’ plates, featuring the College coat of arms and rimmed in gold. Yet it was the 19th-century blue Multan ceramics on display in the Porters’ Lodge that caught Erika’s attention. Bearing a message of ‘welcome’ in Persian script, the text within these plates is not immediately understood by all members of College, an idea that Erika has expanded on through the use of multiple languages in her designs. The blue and white style of the plates, evocative of traditional Chinese pottery and English Wedgwood, is derived from the style of cyanotype prints and refers to the work of pioneering botanical artist, collector and photographer Anna Atkins. The central images are composed from cyanotype prints of plants from the Newnham gardens: the plants were cut and pressed, and the prints made, at a series of workshops for members of the College and the local Newnham community.

By producing plates to be used as a dinner set, Erika also makes clear connections to Bloomsbury Group artists Vanessa Bell and Duncan Grant’s ‘Famous Women Dinner Set’ (1932) and artist Judy Chicago’s ‘The Dinner Party’ (1979), an epic work of feminist art featuring the names of mythical and historical famous women; amongst them Newnham’s first Principal Anne Jemima Clough (after whom the College dining hall is named).

The series of 30 banners, each individually printed and sewn, are hung from the beams of Clough Hall. The Cambridge Alumnae suffrage banner (1908), one of the most treasured items in Newnham’s collection, was Erika’s point of inspiration for the new banners; their segmented style and prominent texts all influenced by the design of the historic precedent. Another suffrage banner featured within the art collection is the banner held by Millicent Garrett Fawcett in the ‘Courage Calls’ statuette (2018) by artist Gillian Wearing, a small-scale replica of the statue at Parliament Square.

All members Newnham’s community, students, staff, Fellows and alumnae, were invited to contribute their texts for the banners, which thus reflect the multitude of ideas and values that represent the College today. Erika’s banner designs, as well as reflecting the spirit of activism for which Newnham is rightly proud, also call to mind the heraldic banners used for celebratory and ceremonial purposes and bring a sense of spectacle and occasion to the heart of the College on its Anniversary. 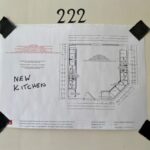 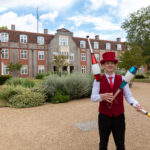