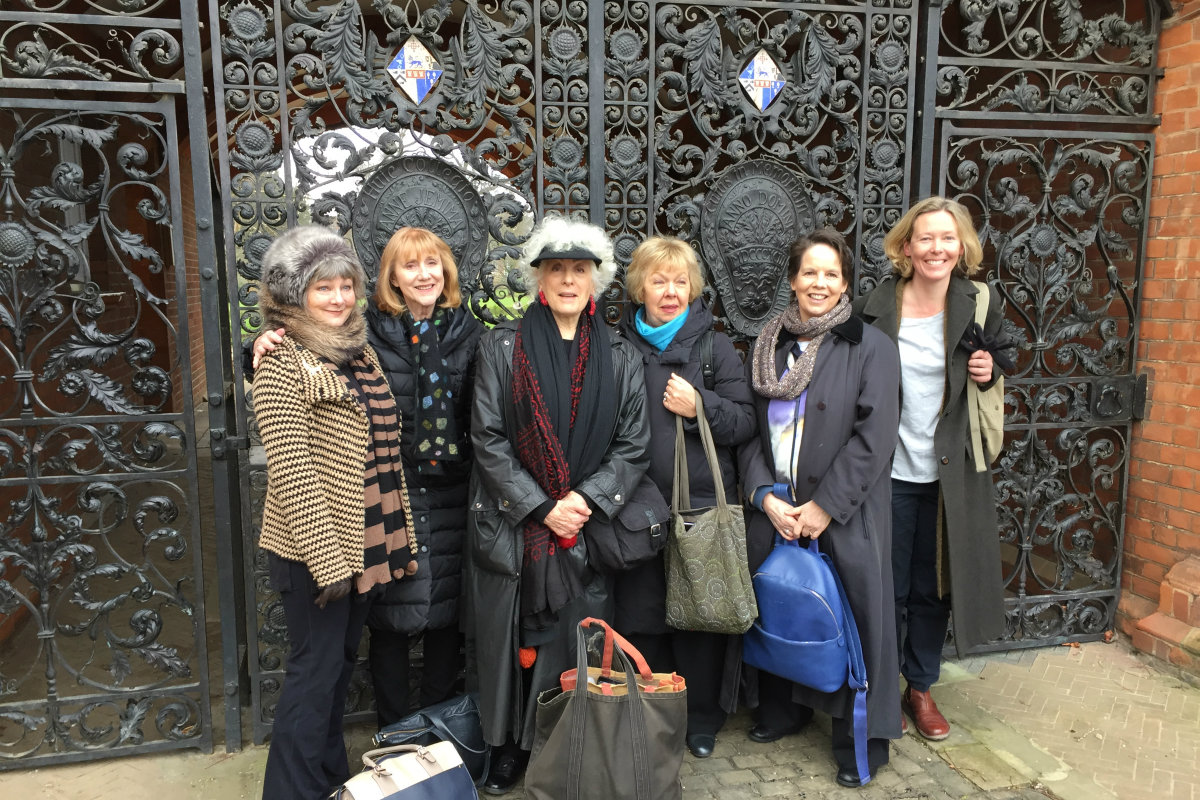 A celebrated actor has written a new play to create new roles for women over the age of 50 and the alumnae of Newnham College were invited to a special performance of it.

Eleanor Bron (NC 1957) was inspired to write a series of brief diversions on varying themes after she became frustrated with how few roles there are on stage, screen and radio for women as they get older.

The veteran actor has enjoyed a long and varied career since she graduated from Cambridge. She became known in satirical cabaret in the 1960s and went on to become admired as a dramatic actress, both on stage and in films and on television. Roles have included Margaret Spencer in Peter Cook and Dudley Moore’s film Bedazzled and Hermione Roddice in Ken Russell’s Women in Love . More recently she has appeared in the film adaptations of A Little Princess, The House of Mirth, Black Beauty and Wimbledon. She is currently playing the role of Carol Tregorran in radio soap The Archers.

She returned to Newnham, where she read Modern Languages, on Saturday, January 28 to perform The Fight for the Tripod, or Someone Else with a talented group of actresses in the Old Labs, a performance space that was once the laboratories for early students at the women’s college – an apt setting for the event.

When the scene opens the rules have been changed so that no woman under the age of 50 can become an Oracle – the thinking being that post 50 – women become less alluring and therefore less vulnerable. The three Pythia who are currently in post are ‘interviewing’ for a fourth to join their rank. There are twists and turns along the way which were depicted by the experienced actresses Bron brought to Newnham to perform. She was joined on stage by five other talented actors – Lynne Miller, Gwyneth Powell, Samantha Holland, Abigail McKern and Pamela Miles.

McKern said: “She then worked with my dad again in Uncle Vanya at The Royal Exchange Theatre in the 1970’s. We also shared an agent for over a decade so I am proud to say we have become friends in my adulthood. She invited me to do a play reading of one of her plays at the Henley Literary Festival and it must have gone all right because she then invited me to The Fight For The Tripod at Newnham College!

“I jumped at the chance – partly because I adore Eleanor and enjoy doing new work and partly because many of my friends went to Cambridge University – and not being university educated myself, I was dying to get a glimpse of Cambridge “backstage” as it were! I was here last autumn in A Room With A View at the Cambridge Arts Theatre with Felicity Kendal and love Cambridge. My father lived in Oxford for many years but I think Cambridge is nicer!”

Samantha Holland, who trained at the Guildhall School of Music and Drama and has worked extensively in the theatre as well as on television, radio and film said: “The Old Labs at Newnham provided a performance space with a connected history – the strange fumes from the chemistry labs of the past lending a perfect synergy to the fumes and visons of the oracle at Delphi.

“It was an opportunity to work with a fantastic group of actresses, some of whom had been involved in the first performance, and others that I met over the course of the weekend – we had great fun embarking on a short and slightly surreal tour together and we were looked after tremendously well to boot. It was a privilege to be invited to perform at Newnham.”

The audience was made up of former Classics students and they thoroughly appreciated the classical allusions which Bron weaves throughout the play as well as contemporary references to tourist sites in Greece today.

Special guests included Newnham’s Professor Pat Easterling, the only ever female Regius Professor of Greek at Cambridge, who was spotted roaring with laughter on the back row!